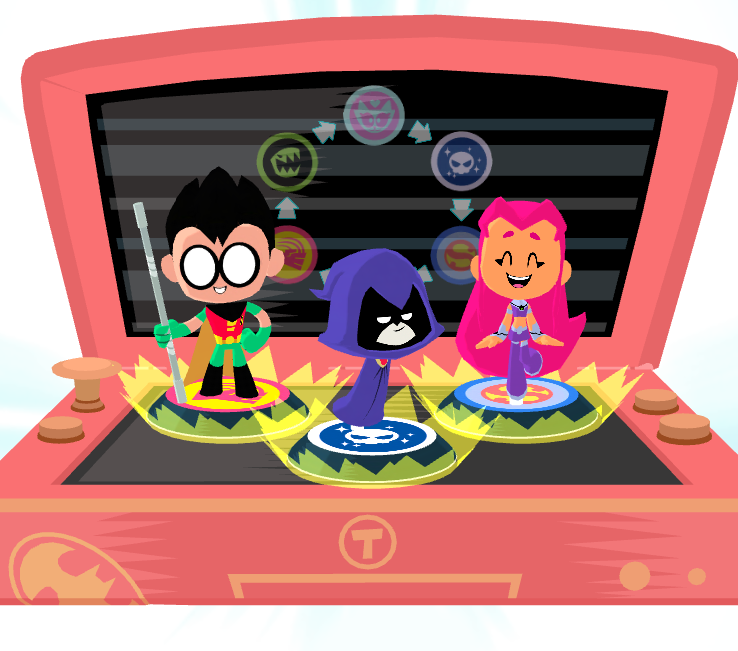 It has been a big week for RPG fans, not only has Pocket Mortys been updated with new content, but Cartoon Network and Grumpyface Studios has released their own Pokémon clone, Teeny Titans. The new RPG takes place in the Teen Titans Go universe where everyone has gone crazy over collecting interactive DC action figures. The game is a spoof on the recent real world action figure craze started by Activision's Skylanders series. In the game you play as Robin, who is on a mission to collect all 70 of the availble DC figures. The game is played just like Pokémon where you can collect and build your own team to compete in 1-on-1 battles with other collectors.

The goal of the game is to run around a randomly generated hub world searching for new figures at random toy stores. The game follows a day and night cycle, so you will need to get to as many toy stores as possible before they all close. Just like in the real world of toy collecting there are a ton of common figures and only a few rare toys at each location. In the game you can swipe through racks of figures in search of the one you need to complete your collection. Of course each figure cost money, which you can earn by collecting in town, in battle or by completing quests. 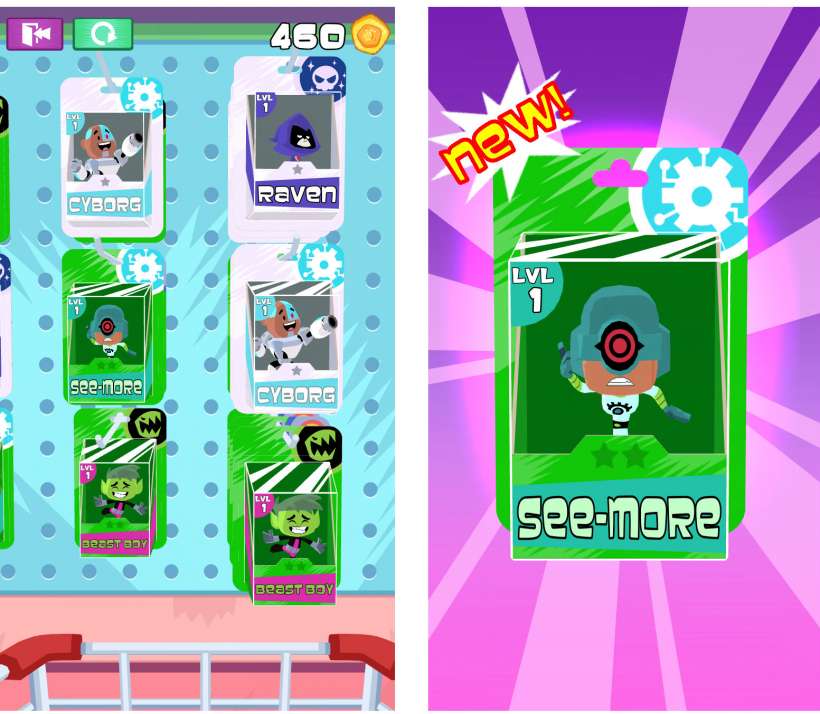 The toy stores are the best part of Teeny Titans. You can swipe away toys in the front to see more in the back, and you can examine each individual package to learn more about the character's stats. Its really like action figure hunting in a real toy store. The action figures are all based on characters from Teen Titans Go, Young Justice and other DC super heroes.

Once you have formed a team you can take them into battle against other collectors around town. Teeny Titans features its own unique battle system. Instead of the typical turn-based battling, the game features a battle bar that you can use to unleash your various moves. Each character typically starts off with one attack and one defensive power. For example, Robin has Heroic Pose which increases the power of the next attack ability used by your group, and he can also toss a Birdarang to deal damage. Unlike Pokémon, where defensive powers are rarely used, the defensive or power-up abilities are actually useful in Teeny Titans. You can also collect coins and tofu during battles. The tofu acts like a Mario Kart item that gives you random power-ups based on luck. 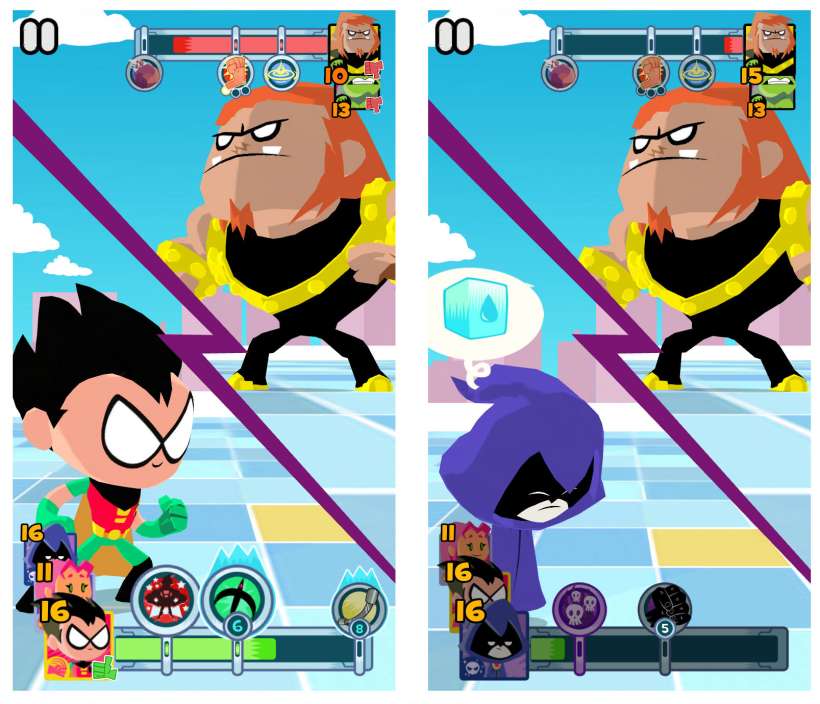 The battles seem more fast-paced in Teeny Titans than Pokémon, and it is fun trying to figure out how to utilize all your different abilities. I also enjoy how the powers of each member work together and how you can quickly switch between your heroes to execute cool team strategies.

The rest of the game is like any other RPG. You have to spend your time talking and battling NPCs, upgrading your characters and completing quests. There are 70 Teen Titans to collect, 70 side quests to complete and different districts to unlock. The main five Teen Titan characters in the game feature original voiceovers, and the game is full of DC and video game Easter eggs. The art, music and sound effects are also fun and top notch. The only thing I dislike about Teeny Titans is the point-and-click controls to move around town, but it is a small complaint and easy to get used to.

Teeny Titans is available now on the App Store for only $3.99. The game is worth every penny, especially if you enjoy Pokémon and Pocket Mortys. I look forward to see what Grumpyface Studios has planned for future updates, and I hope DC gives them full access to their IP.