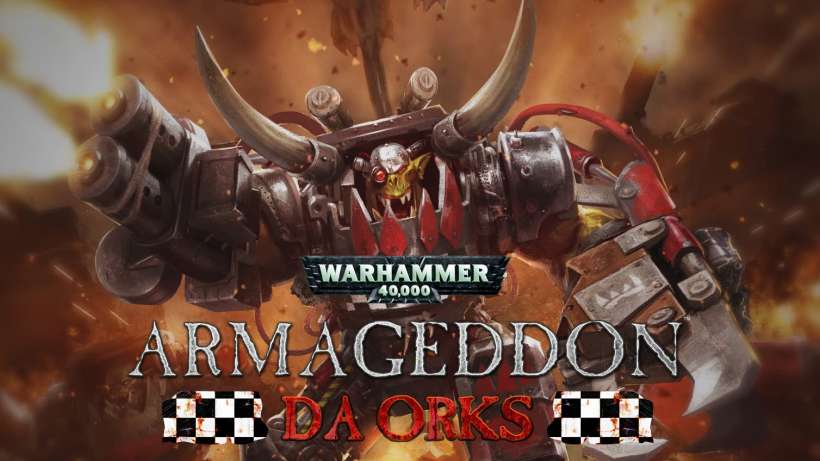 It may be time to reevaluate the Warhammer 40k universe on mobile devices. The quality of Warhammer games being released to the Apple App Store has increased ever since Games Workshop started licensing its IP to other developers. For example, Slitherine's Warhammer 40,000: Armageddon was well received by hardcore strategy fans, and it even spawned a sequel. Warhammer 40,000: Armageddon - Da Orks was released to the App Store last week. It hasn't received many customer reviews since it is a pricey premium title at $14.99, but if you've enjoyed Panzer General, then you might want to check out Da Orks since it runs on the same engine.

Da Orks takes place in the year 941.M41 when a massive Space Hulk appears in the Armageddon star system. Players are in control of the Orks army as they battle the Imperial forces of the Armageddon Steel Legion and Space Marines across a large campaign divided into 3 acts and 18 separate scenarios. The game features over 400 unit types, over 200 weapons, a bonus tutorial campaign showing the Ork leader Ghazghkull Thraka's rise to power and more.

Another mobile title based in the Warhammer universe also landed on the App Store this week. Eisenhorn: XENOS is a new game based on the 2001 Games Workshop book, Xenos (Eisenhorn). In XENOS, players take on the role of Gregor Eisenhorn (voiced by Mark Strong) in a fully immersive, 3D adventure game. The game follows the events of the novel as players experience firsthand the story of Gregor Eisenhorn, who is tasked with protecting the Imperium of man from anything that may threaten it.

Eisenhorn: XENOS is another premium title. It features a party system where you can choose your own group to accompany you and enhance your skills, the ability to unlock and utilize the Imperium's most iconic weaponry and more.

Eisenhorn: XENOS available now on the App Store for all devices running iOS 8.0 or later.