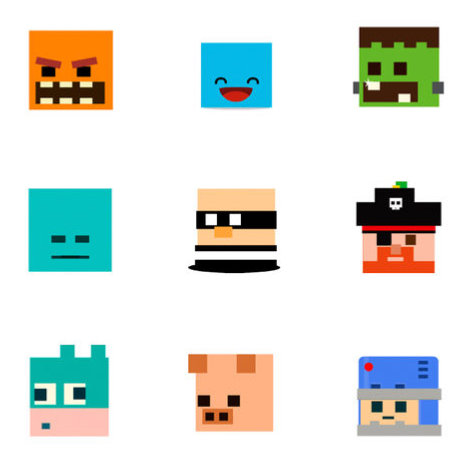 Super Mario Run - Nintendo's first true game for mobile devices won't land in the App Store until December, but the video game company has released a Mario sticker pack as an early promotion. The Super Mario Run pack does not include any other characters from the Super Mario universe, but hopefully more will be added as they are added to the game. That is if Nintendo does plan to add more characters to Super Mario Run in future updates.

Celebrities - Smart celebrities, such as Ellen DeGeneres and Kim Kardashian, have already released their own sticker packs to the App Store. Apple has created a special section for these emojis, but most of them cost real world money to download. The Today pack, featuring Matt Lauer and more, George R. R. Martin, and Kylie Monogue are all free. The "Celebmojis" section is located around halfway down the Feature section.

Tower Dash - Anyone with children and an Apple device probably knows about BoomBit Games, but you don't need to be a child to enjoy their free sticker packs. The BoomBit TowerDash pack is part of the actual game and it comes full of fun pixelated block characters to spam your text threads with. The game has also been updated with ReplayKit for recording your gameplay. BoomBit also offers a "iMessage Stickers" pack for $0.99.

There are also a lot of paid sticker packs from popular properties, such as Star Wars, Finding Dory, Keith Haring and so on. You are going to find that there are more premium sets than free since it is harder to make money via IAPs or ads. A lot of the sticker packs are also part of free updates for already existing games. For example, Family Guy: The Quest for Stuff has been updated with free stickers.

Sticker packs are really new so the options are currently limited, but it is safe to assume most popular games, upcoming movies and other popular series will soon be available on the App Store in sticker form.