iOS App of the Week: Distrust 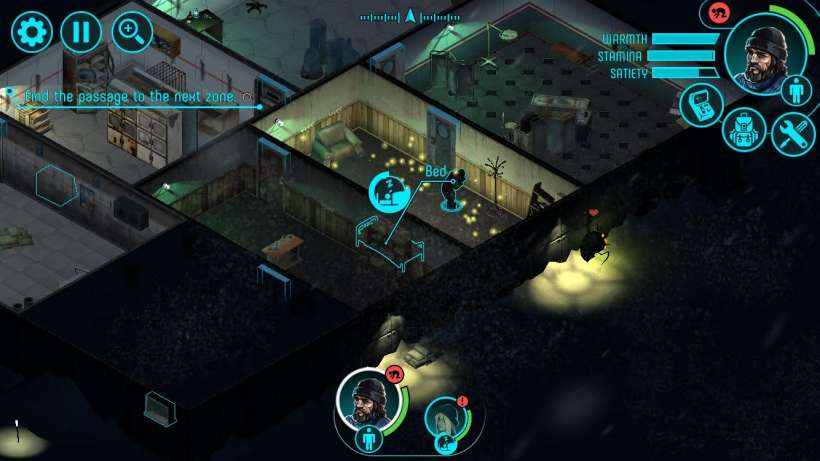 Distrust is a horror survival game inspired by the 1982 film The Thing. In the game players control a team called the Cheerdealers who are forced to stay in an Arctic base after their helicopter crashes. The goal of the game is to search for provisions and stay alive in freezing Arctic temperatures until you can escape.

Players are also hunted by aliens who are attracted when a character falls into a deep sleep. You must try to keep your characters awake as long as possible to avoid the aliens who want to absorb your life. This can cause sensory deprivation which leads to not being able to tell the difference between reality and illusion.

In Distrust you must keep track of Warmth, Stamina and Safety. If one of these meters becomes too low that character will slip into a coma. The game is over when all the characters in your party reach a coma state. You can keep warm by finding shelter, lighting furnaces and keeping windows closed. Stamina is restored by sleeping, but as mentioned above, going to sleep attracts aliens who you must avoid. Safety is just hunger which is replenished by finding food.

You explore your surroundings by tapping around the game. Tap a location and your character will move to that location, tap an item, like a crate, and your character will explore that item. You can also tap action circles to perform tasks, like filling a furnace with coal to keep it burning. The controls can be a little clunky at first, but easy enough to master. I recommend doing the tutorial at the beginning of the game. It is a huge help and doesn't take that long, but you do have the option to skip it.

Most of the game is spent exploring and lighting furnaces. You have to run from building to building to keep finding the provisions you need to stay alive and escape the game. Each building must be heated, and you need to find gas to keep generators running so you have lights. There are a lot of little tasks to perform in the game to stay alive. For example, some food is better when cooked, which means you need to find a stove. You'll also need to find bandages for minor injuries, and adrenaline to revive characters who have slipped into a coma all while trying to stay awake and fend off aliens. 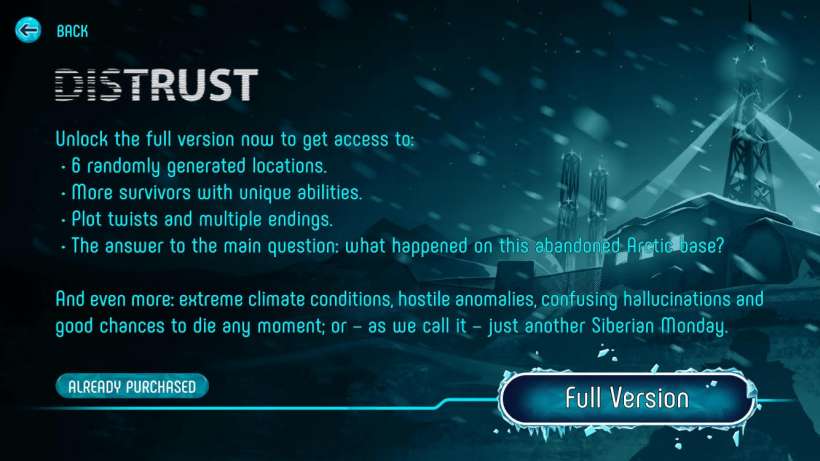 Distrust is a very detailed oriented game for those who enjoy simulations. There are up to 15 different expedition members with different skills for you to choose from (you begin the game with 2), randomly generated stages and multiple endings. You can download the game for free from the App Store and unlock the full version for only $2.99.