Telltale's The Walking Dead: A New Frontier coming to mobile in December 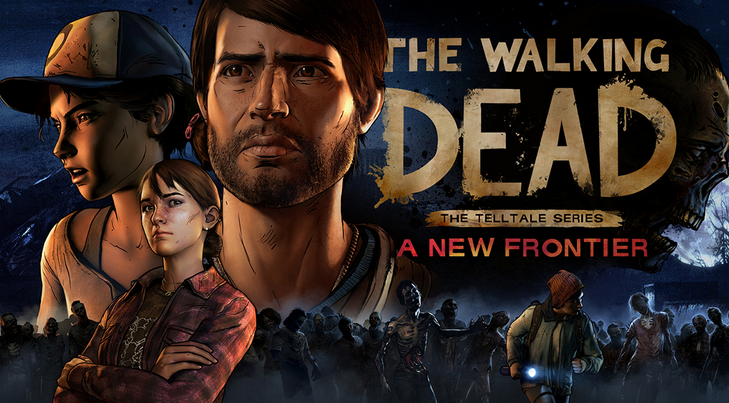 The series that helped make Telltale a household name is returning this December. The Walking Dead: A New Frontier will launch on all platforms on Tuesday, December 20th. This includes both iOS and Android, plus PC, Xbox One, PlayStation 4, Xbox 360 and PlayStation 3. Pre-orders are now available for the PlayStation 4 and Xbox One versions. You can also wait to purchase the special Season Pass Disc on February 7th. The Season Pass Disc includes the "first of five episodes in the third season, and will provide access to the subsequent four episodes as they become available for download," according to the Telltale blog.

The PC version is also available for pre-order through Steam. Users who purchase the game on Steam before December 20th will receive 10% off.

As always, iOS and Android users will have to wait until the official release date to download Episode 1, but at least the mobile versions are actually releasing the same time as the console and PC versions.

Besides the official release date, Telltale also released the synopsis for Season Three:

"When family is all you have left... how far will you go to protect it? Four years after society was ripped apart by undead hands, pockets of civilization emerge from the chaos. But at what cost? Can the living be trusted on this new frontier? As Javier, a young man determined to find the family taken from him, you meet a young girl who has experienced her own unimaginable loss. Her name is Clementine, and your fates are bound together in a story where every choice you make could be your last."

You can see a sneak peek of The Walking Dead: A New Frontier during The Game Awards on Thursday December 1st. The Game Awards will be live streamed on various platforms, such as YouTube and Facebook and most gaming services such as Xbox Live, PlayStation and Twitch.