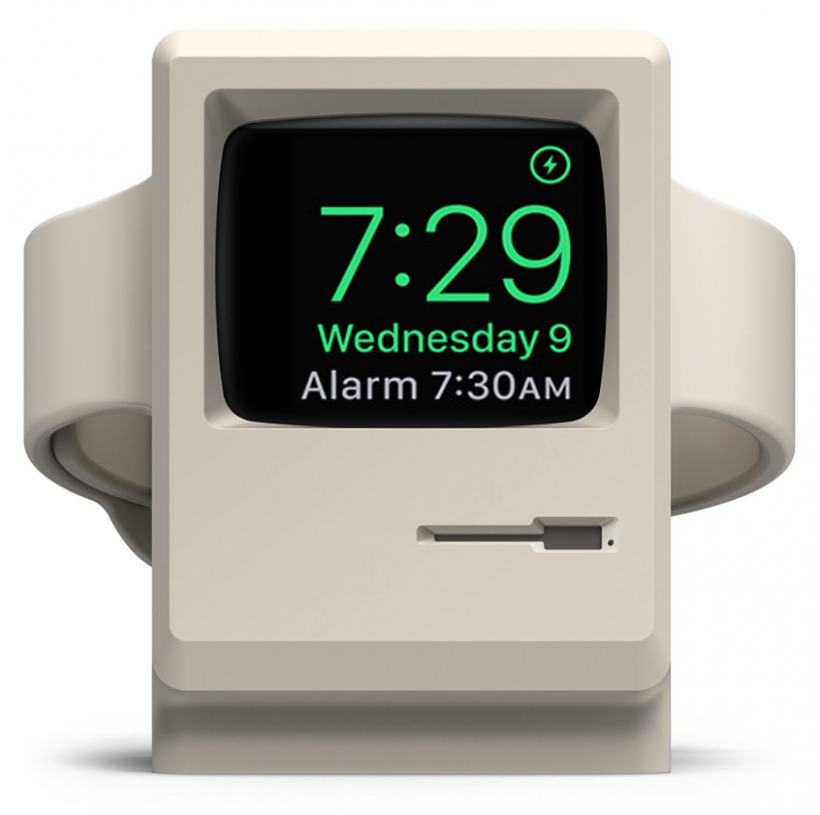 Apple fans have a new way to dock their Apple Watch thanks to accessory maker Elago. The third stand in their Apple Watch series, the W3 brings the nostalgia factor into the office or bedroom. This silicone stand evokes the original Macintosh, which was introduced in 1984. The display of the Apple Watch lines up to show through as the screen of the vintage computer complete with floppy drive. 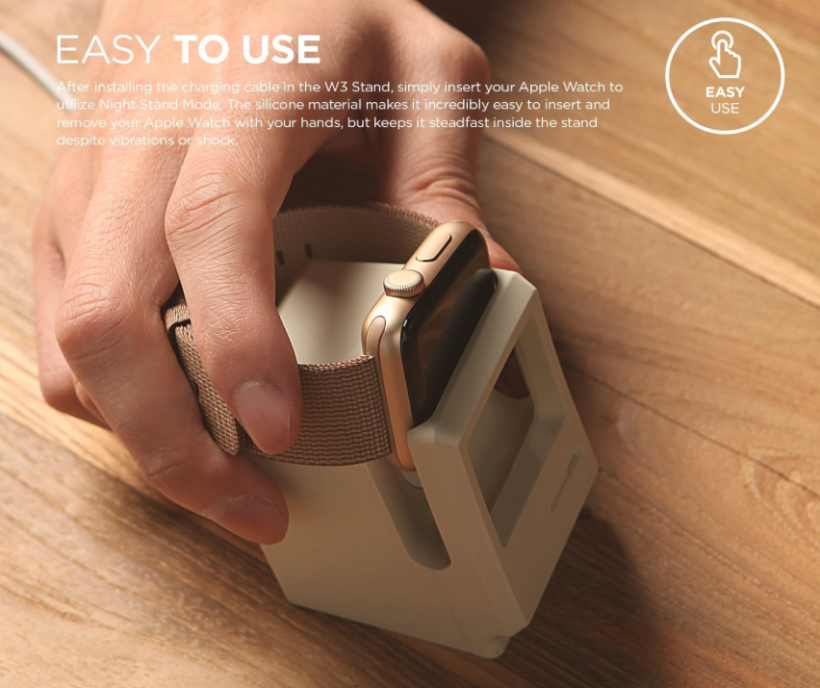 The W3 features cord management, which installs the Apple Watch magnetic charger (not included) in the stand for easy charging. Simply slide the Apple Watch into the top of the W3 to dock. The silicone design prevents scratching and stops the accessory from sliding around when in use.

Apple Watch functions such as the alarm can be accessed while docked in the Mac (Nightstand Mode requires watchOS 2 or later). The Elago W3 is compatible with all Apple Watch models, and the company even makes a black version to better match some case and band combinations.

The Elago W3 is already a bestseller on Amazon.