Geekbench 4 free for a limited time 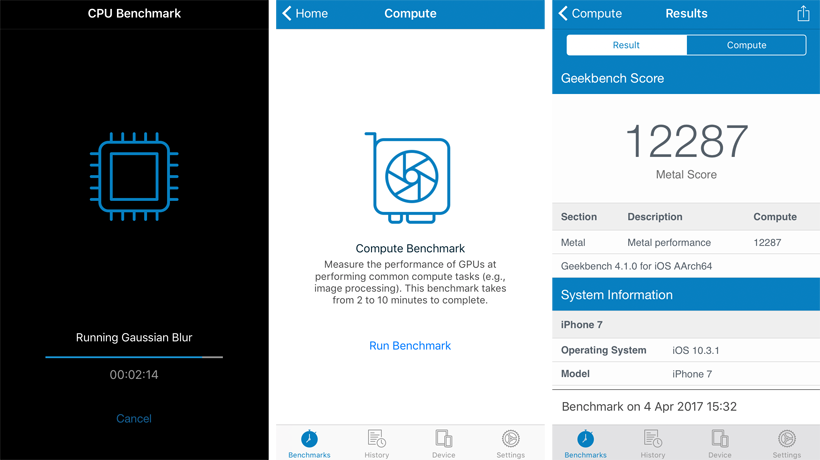 Geekbench is celebrating the release of version 4.1 by offering its popular benchmarking tool free to iOS users. The sale goes through April 10. Act fast if you're interested in using the Compute Benchmark on your iPhone, iPad or iPod touch at no charge.

The latest version of the Compute Benchmark was written in Metal to clock the performance of the GPU. Common tasks such as computational photgraphy and image processing are measured in 2 to 10 minutes, depending on the speed of your device.

Version 4.0 did not support Metal, but with the release of 4.1.0 Geekbench can now be used to benchmark GPU performance on compatible iOS devices.

When it comes to the CPU benchmark, developer Primate Labs has this to say in the description for Geekbench:

Geekbench provides a comprehensive set of benchmarks engineered to quickly and accurately measure processor and memory performance. Designed to make benchmarks easy to run and easy to understand, Geekbench takes the guesswork out of producing robust and reliable benchmark results.

Get Geekbench 4 on your iOS device free on iTunes until April 10.