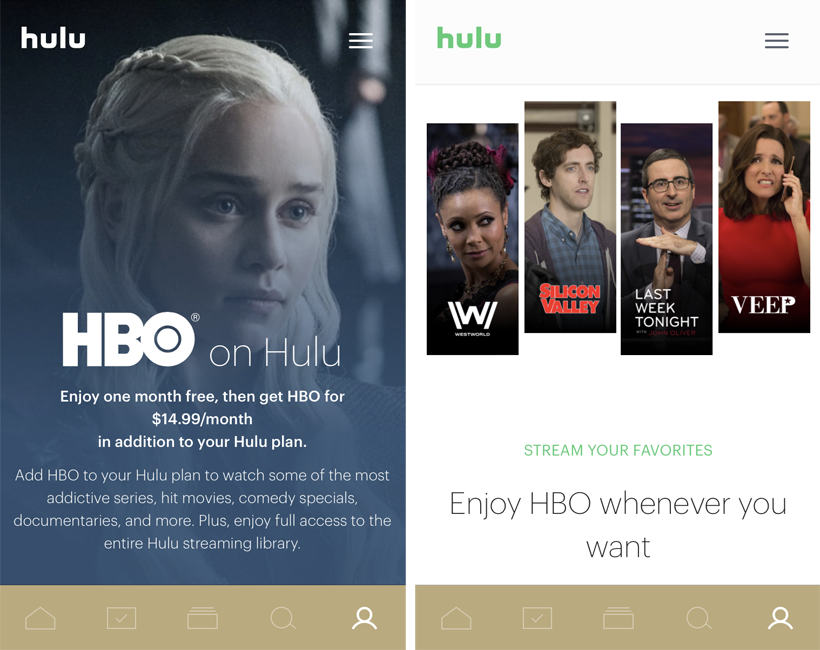 Hulu fans can consolidate more streaming content thanks to a deal between Hulu and HBO. Subscribers to Hulu with any monthly plan can add Cinemax to their package for $9.99 or HBO for $14.99. This matches the pricing for HBO's stand alone HBO Now app, which brings all of the network's content to mobile devices.

The news comes after the recent launch of Hulu with Live TV. Hulu customers must have this new Hulu app installed to enjoy HBO and Cinemax content, in addition to adding these premium channels to their monthly plan. Hulu has already offered Showtime to its subscribers for an additional $8.99 per month.

Not only can HBO fans watch their favorite shows on Hulu, but subscribers get access automatically to the HBO Now app. The service comes with a free one-month trial period. Both HBO and Cinemax will each launch six additional channels over the next few weeks, expanding the options even further. Several platforms are supported, including iOS devices, Apple TV, Android and Xbox One.

Check out Hulu with Live TV and HBO Now on the app store.