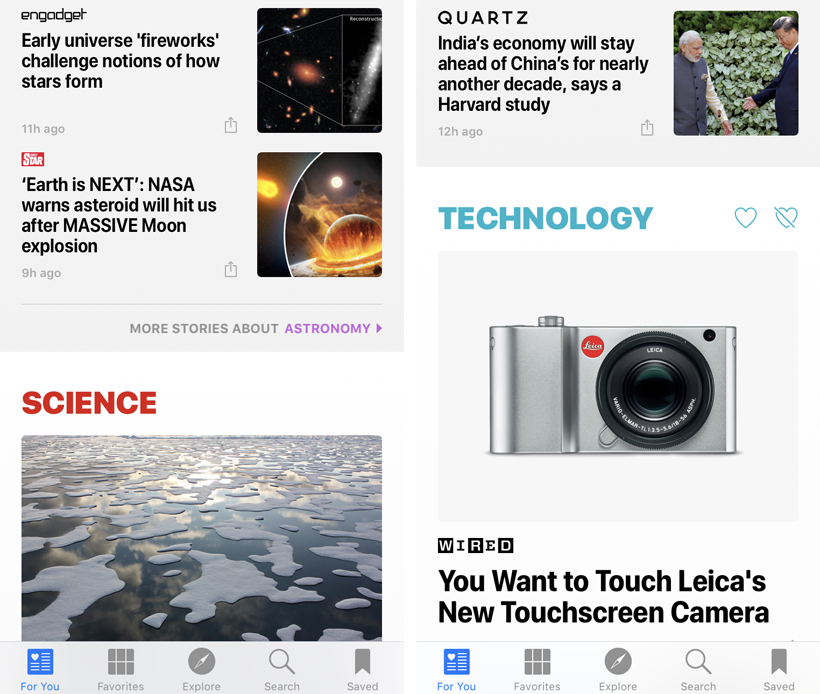 Changes are in the works behind the scenes in the Apple News app. This is according to a report in Advertising Age, which highlights the pros and cons of the platform for content publishers.

Sources claim Apple is working on improving revenues for content providers, partially by allowing publishers to use advertising technology they already use on their web sites. This would make Apple News more like an extension of their sites, instead of its own stand-alone platform. It also means increased revenues for Apple's media partners, without them having to invest time in Apple's advertising formats.

Apple News is currently the 15th most popular app in the US with 47 million monthly users. This represents a significant source of audience for publishers looking to reach new readers. However, without standard ad serving these publishers are not gaining the revenue one would expect. Some publishers are reluctant to deliver content for free, and instead seek subscriptions directly from consumers.

Another way to offer payment to publishers for content behind a paywall could also emerge. Apple News may enable a micropayment option, which would deliver individual articles for cents at a time. Subscription content could then be delivered to readers à la carte via Apple News, with the platform handling payments directly to publishers.

Apple already offers ways for publishers to sell full-blown subscriptions to Apple News users, however selling content on a per-article basis represents a different approach. Any changes to the platform are still in the works, and will likely take months for Apple to roll out.