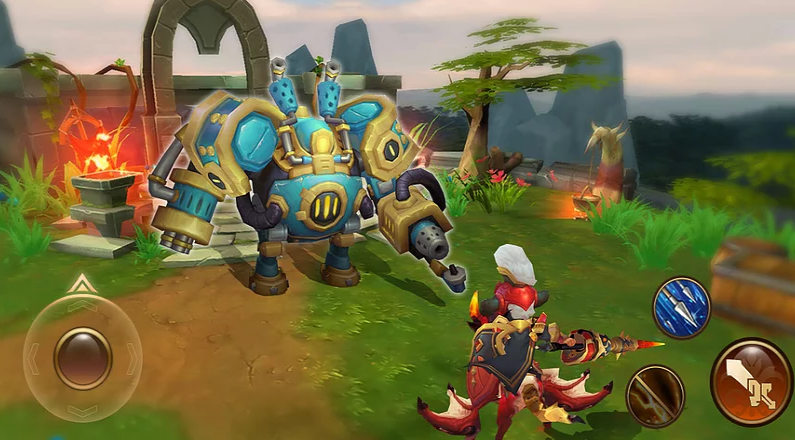 The 3D real-time RPG Pocket Knights 2 is now availble on Google Play for Android devices with a worldwide release soon to follow. Interested iOS users can pre-register for the game at pocketknights2.com to receive exclusive in-game rewards. The amount of in-game rewards increases based on the number of players who pre-register. For example, players will receive an expansion pack worth $15 if over 5,000 sign up for the game.

You can pre-register once per email and will receive instructions on how to redeem your in-game items once the game has officially launched. The iOS version of Pocket Knights 2 is "coming soon" to the App Store.

In the game you play as the bravest knight guarding the human world which has been once again invaded by demons. You must assemble legendary heroes and craft powerful gear to defeat bosses, complete hundreds of quests and plunder hidden treasure in various battlefields.

Pocket Knights 2 includes over 100 heroes with different skills, legendary equipment to discover and upgrade, a PVP Arena and more. Version 0.7.1 of the RPG is currently available for free on Google Play. It has earned a 3.9 overall rating since its release.

You can learn more about Pocket Knights 2 by watching the brief video below, or by following along on social media.