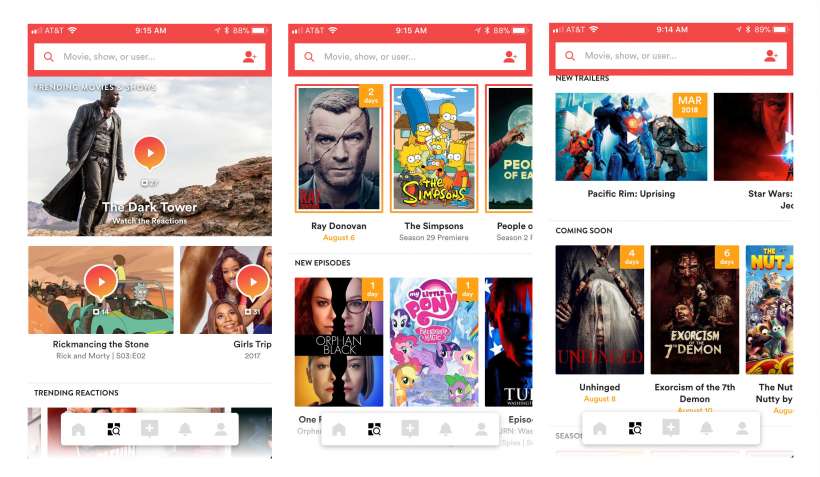 Stardust is just the latest in a long list of apps trying to cash in on the viral trend of quick video clips and reaction videos. The several-seconds video fad made popular by Vine before its demise has been adopted by every large social media network, including Facebook, Snapchat and Instagram.

Stardust is a social media app designed for users to share reactions, movie reviews and thoughts about popular media, like movies, television and trailers. After a quick sign up process users can upload 3- to 30-second videos letting the community know their thoughts on a movie they just watched or the latest episode of Game of Thrones.

The app allows users to quickly record their thoughts and share them without having to upload it to a video sharing service. It is also a good alternative to YouTube for posting honest reactions, now that YouTube has gone all censor happy. Videos uploaded to the Stardust app are quickly shared with your family, friends and the rest of the community.

Stardust features a new trailers section so you can watch the latest movie advertisements within the app then post your reaction. Users can also watch videos for trending movie and TV reactions, and peruse lists of upcoming movies, current theater releases and recent television episodes.

Stardust has the potential to be the new Letterboxd for movie fans, but like with any social media app the service is only as strong as the community. Vine became popular due to the creative and entertaining videos created by its users. It is going to take the same for Stardust to catch on.

The app itself is easy to use and serves multiple purposes keeping movie fans updated on the latest trends and upcoming movies. Users can also use the app to talk about their older favorite films, rate television series and access the "Where to Watch" section with streaming and theater info.

Stardust is available for free on the Apple App Store.