iOS App(s) of the Week: Pocket Fighter and Animal Crossing 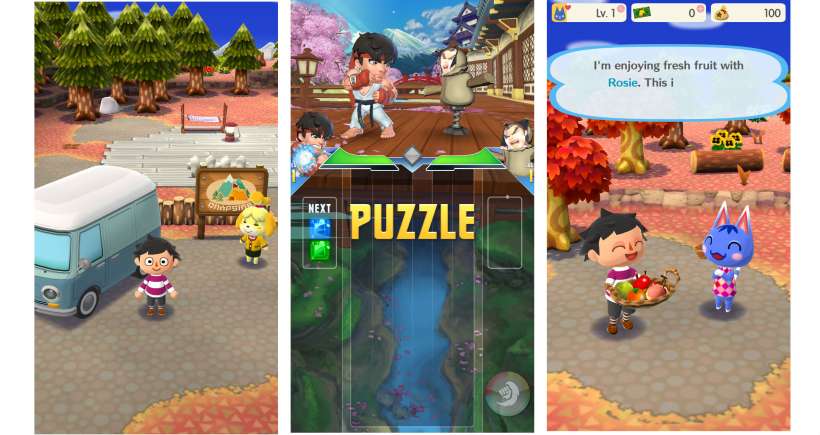 Since it's Black Friday let's look at two highly anticipated games that have been disappointments. Both are free-to-play games titles released by big publishers, Capcom and Nintendo, and both feature popular IP from popular franchises.

The first game is Capcom’s Puzzle Fighter. The sequel to the popular Super Puzzle Fighter II Turbo. Puzzle Fighter was built from the ground up for mobile devices. The new version includes more characters from various Capcom franchises, real-time battles and Leaderboard support.

In Puzzle Fighter you collect various characters from other Capcom titles such as Street Fighter, Mega Man, Dead Rising and more. You can choose one main and two support characters to do battle in PvP battles or to compete on classic stages from across the Capcom universe. The game utilizes a Tetris-like battle system where you match blocks to unleash crazy combos and special moves.

The concept of Puzzle Fighter is exciting. Fighting games are always more fun when they feature characters from across different franchises, but the gameplay is kind of slow. The best battle system for mobile devices seems to be a matoh-3. It is much more fast paced than tile matching and a less mindless than the one-touch controls of other mobile fighting games like Injustice: Gods Among Us.

Puzzle Fighter isn’t a bad title. There’s lots of cool characters to unlock, train and customize, and the PvP battles can be competitive and fun. I just wish it used a faster paced battle system than tile matching. However, I expect if you’re really good at Tetris the game can be a lot of fun. What I like about match-3 systems is that they can be both strategic and mindless, where with tile matching you tend to sit around waiting for combos to appear.

You also seem to do more waiting than playing in Puzzle Fighter. There is a lot of downloading and waiting for matches in the PvP mode.. Hopefully this will improve as more people become aware that the game is now available worldwide.

Puzzle Fighter is available for free on the Apple App Store. I would recommend people give it a try as I have a feeling my opinion won’t be popular and more people will enjoy Puzzle Fighter than dislike it.

Animal Crossing: Pocket Camp is another highly anticipated game that I found to be disappointing. My biggest complaint is that it is boring. After the initial excitement wears off there isn’t much to do. It kind of reminds me of Miitomo. It’s more of a social networking app than an actual game. Yes it’s always fun to design your own camp, but in Animal Crossing the mini games, like fishing and bug collecting, are so simple that it gets tedious. Even the building aspect of the game seems limited. I honestly didn’t give Animal Crossing a lot of time because I was bored and moved on to test other new titles like Puzzle Fighter. I also get the feeling that Nintendo isn’t going to add more to do. There are plans for upcoming seasonal events, but I fear they will just include more fruit picking, bug collecting and fishing.

Animal Crossing is also available for free on the App Store.