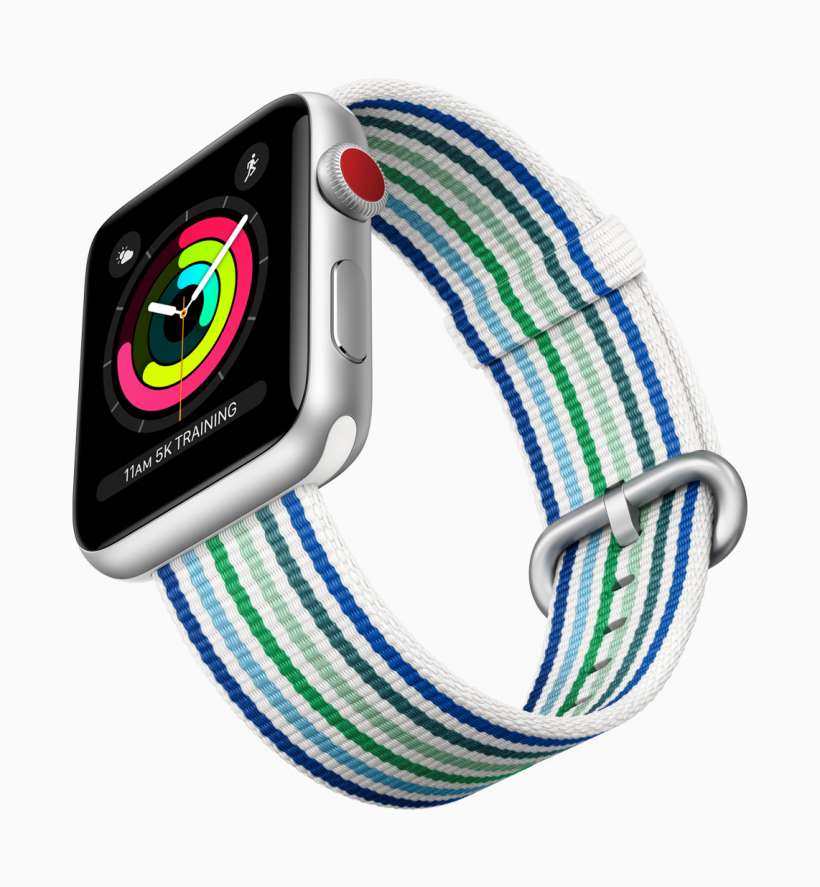 Big changes are in store later this year for the Apple Watch. KGI analyst Ming-Chi Kuo has delivered his latest note to investors regarding the future of Apple's wearable. Kuo predicts the Apple Watch Series 4 will debut in the third quarter of 2018 with significant design changes.

A larger case with a "more trendy form factor design" would represent the first time the Apple Watch has been changed since its debut in 2015. Kuo expects the Series 4 to include a 15 percent larger display, along with a larger battery capacity, however it's not clear if the overall size will increase. Current Apple Watch models come in 38 mm and 42 mm case sizes.

Apple could achieve a larger screen size by shrinking the bezel width, much like the company has done on the iPad Pro. Kuo's report corroborates previous rumors surrounding Apple's ongoing research on health sensors. Apple Watch Series 4 will undoubtedly include improved health sensors in addition to heart rate monitoring. One example often discussed is a built-in glucose monitor.

Kuo estimates that Apple will sell 30 percent more watch units in 2018 than last year, thanks to launching the Series 4 and by reducing prices on older Apple Watch models. This means between 22 and 24 million watches would be sold this year alone.

Ahead of the fall Apple Watch announcement, WWDC promises to deliver some exciting news for Apple Watch developers. StreamKit on watchOS 5 is rumored to offer third-party apps the ability to send push notifications to cellular-enabled Apple Watch models. According to MacRumors, Spotify will launch an Apple Watch app at WWDC in June to showcase StreamKit and its capabilities.

In the meantime, Apple has debuted a Spring collection of Apple Watch bands with vibrant colors and exclusive designs.