Dungeon Maker: Dark Lord allows you to play as the bad guy. Instead of being the hero who vanquishes the monsters and collects the loot, you're the Dark Lord trying to defend your dungeon. Dungeon Maker is a roguelike title that incorporates card and tower defense mechanics. Players must use cards to build traps, hire monsters, and discover relics to protect their dungeon from a mob of heroes. The game includes 7 Dark Lords all with different skills, over 100 monsters and heroes, 70 traps and over 130 relics to discover.

Dungeon Maker: Dark Lord is available for $2.99 on the App Store.

Handelabra Games has brought their board game One Deck Dungeon to tablets. One Deck is a streamlined roguelike played with dice and cards that is meant to be played in quick 15 minute sessions. The game can be played by one or two players. It features 5 heroes and 5 different challenges to face. The iPad version comes with one expansion pack of cards available as an IAP. 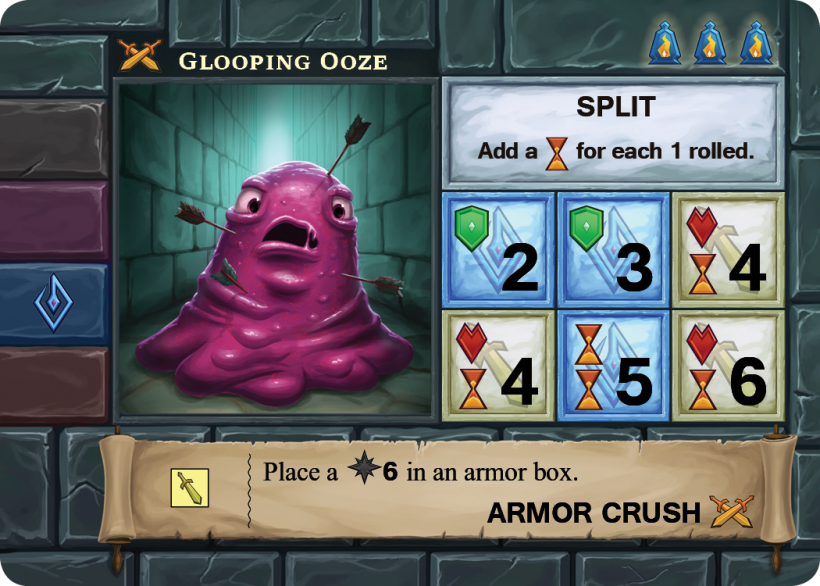 Sir Questionnaire offers a different twist on the dungeon crawler genre. Described as a "hack’n’slash game," each room gives players one of two options like "walk" or "attack." Players must choose wisely to survive and collect items that will help them slay the bigger monsters they will encounter as they advance deeper into the dungeon.

Sir Questionnaire is available for only $2.99.