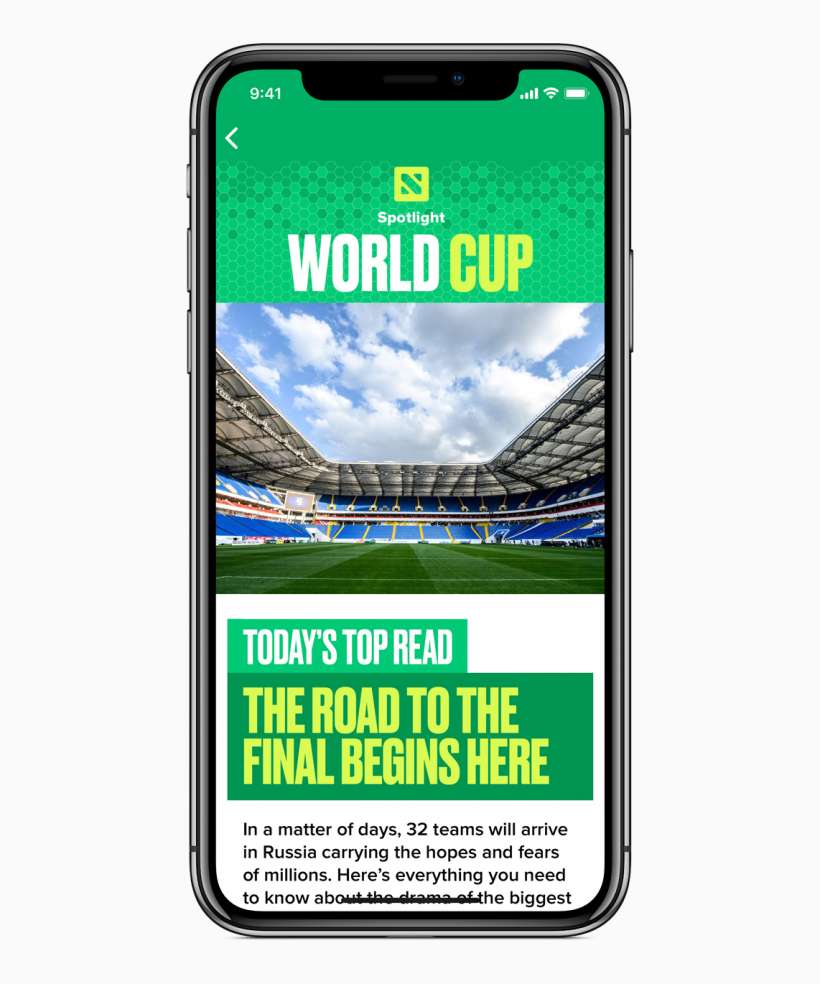 Apple today announced that football fans will be able to keep updated on the 2018 World Cup across all their devices. Siri is ready to answer all World Cup questions including inquiries about Brazil, Russia, Denmark, Finland, Malaysia, Turkey, Thailand, Saudi Arabia and Israel. iPhone and iPad users will be able to ask their digital assitant questions like:

The Apple News app will include highlights selected by App Store editors, including the best apps, games and even tips on taking the best World Cup photos. In addition to editor suggestions, the News app will also feature "up-to-date scores and schedules, a knockout bracket and profiles of the event’s key players from Eight by Eight magazine," according to the press release.

As usual the Apple App Store will feature key football-related apps, popular games like FIFA Mobile, and broadcaster apps like FOX NOW or BBC Sport. iOS users can also download a variety of apps for streaming all the World Cup action.

US and Canadian iPhone and iPad users can us the Sports feature in the Apple TV app to keep track of all the action on FOX NOW in the US and TSN and RDS, Bell Media’s English and French-language apps in Canada.

Even the Podcasts app, iBooks and Apple Music will include World Cup related content including a digital book called “The Beautiful Game," and featured playlists.

The 2018 World Cup will kick off in Russia on June 14 when 32 international teams compete for the famous golden trophy on July 15.