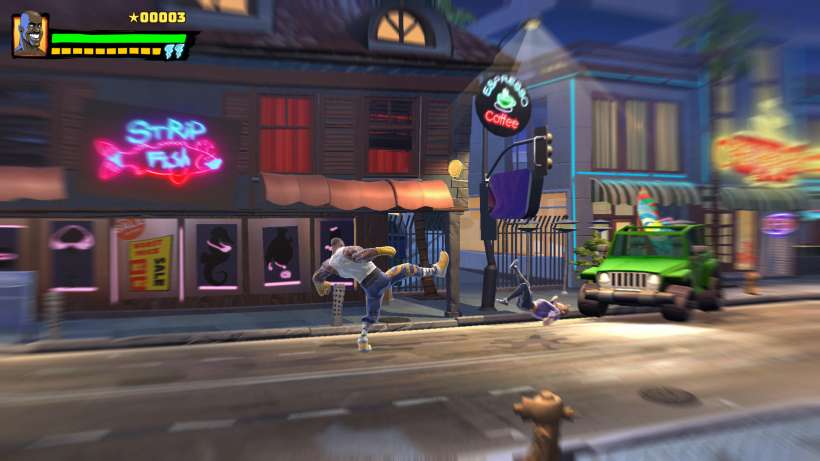 The reboot/sequel to the infamously bad Super NES title Shaq Fu has made its way to the Apple App Store. Shaq Fu: A Legend Rebron was originally released to Steam and consoles in early 2018 after being successfully funded on IndieGoGo. It is a tongue in cheek beat 'em up, side scroller starring the retired basketball player Shaquille O'Neal.

A Legend Reborn includes plenty of references and inside jokes about the original 2D fighter. It also manages to poke fun at Shaq's career and itself while mixing in other off-color humor. In the game, players must fight their way through different stages while battling evil celebrities. The plot follows a poor Chinese orphan, Shaq Fei Hung, who realizes he must take down the celebrities when they are revealed to be puppets for demons plotting to take over the world.

The game is played by mashing buttons to take down waves of drone-like enemies and bosses. It is six stages long and features plenty of different combos, power moves, weapons and a new rap track by Shaq, who also voices the game.

Shaq described the game himself as "convoluted and full of holes," but the most common player and critic complaint is that it is a bit repetitive. A Legend Reborn has been with mostly mixed reviews from critics, but it has managed to earn a "Mostly Positive" rating on Steam, and an impressive 4.5 on the Apple App Store.

The first stage of the mobile version is available for free. It is $4.99 to unlock to full version. Shaq Fu: A Legend Reborn is available now on the Apple App Store. It supports all devices running iOS 8.0 or later. There is no timers or MFi support.