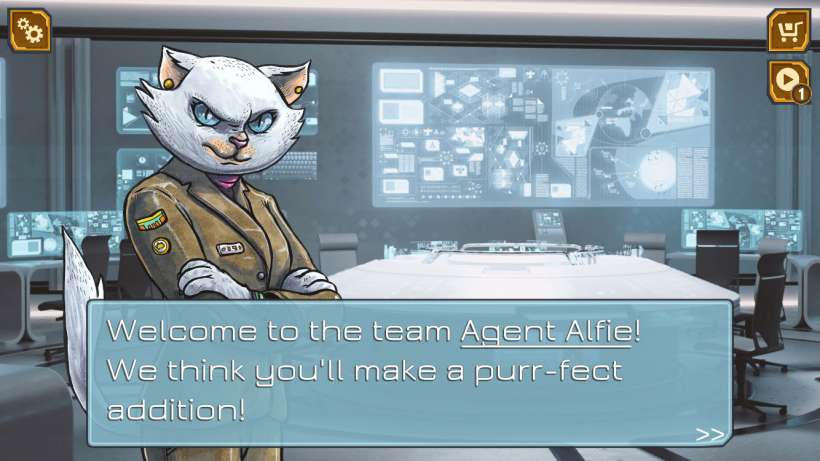 Meow Wars is a cute hand drawn card game starring secret agent cats. The game is played like a hand of War, instead of Hearthstone, meaning it doesn't feature a lot of complicated cards or the deepest strategy. The easy to learn mechanics may be more appealing to casual gamers who are turned off by deeper card battling games.

In Story Mode you are part of F.U.R.R. -- Feline Ultra Rescue & Reconnaissance. Your goal as an agent of F.U.R.R is to take down various villains who each battle with a special card. You are rewarded that villain's special card each time you complete defeat him/her and complete a level.

The game is played by playing three cards each round. Each card comes with their own health and attack values ranging from 1 to 9. Cards with higher attack will always beat cards with lower attack. You can slide cards into into play and slide them to attack other cards played by your enemy. When you attack a card of lower value it will be removed from the game, but your attacking card will take a "cat nap." During this time the card can't attack but can take damage. If the sleeping card survives it will be returned to your deck after 1 round. Cards with equal value cancel each other out and both will be removed from the game after attacking each other. The first player to lose all their cards loses the game. 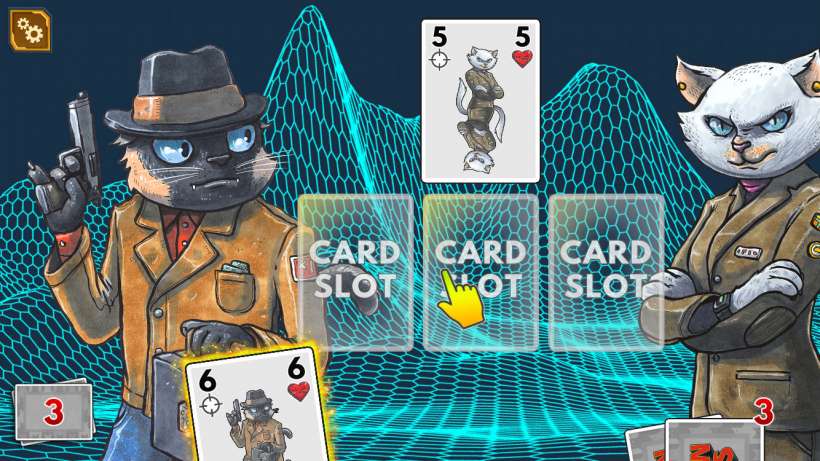 The strategy of Meow Wars is simple, protect your highest cards while taking out your opponent's. You can sacrifice lower cards to attack higher cards and put them to sleep. You also collect a variety of specialty cards as you advance through the game. These cards offer extra defense and offense and make the game a little more interesting than just another game of War.

The biggest problem with Meow Wars is not the simple game play. It's that the Story Mode is way too easy to defeat and it is very short. Luckily the game offers the ability to challenge friends to PVP battles, an AI option in Verses mode and public PVP battles. The developers also said they're working on extending the Story Mode. Hopefully the new levels will also include new cards that will make the game a little more interesting and challenging.

With a few updates Meow Wars has the potential to be a fun card battle game for casual players who like something a little more simple. It is free to download, ad supported, and you can pay to unlock additional characters.