iPhone 11 features dual cameras on board 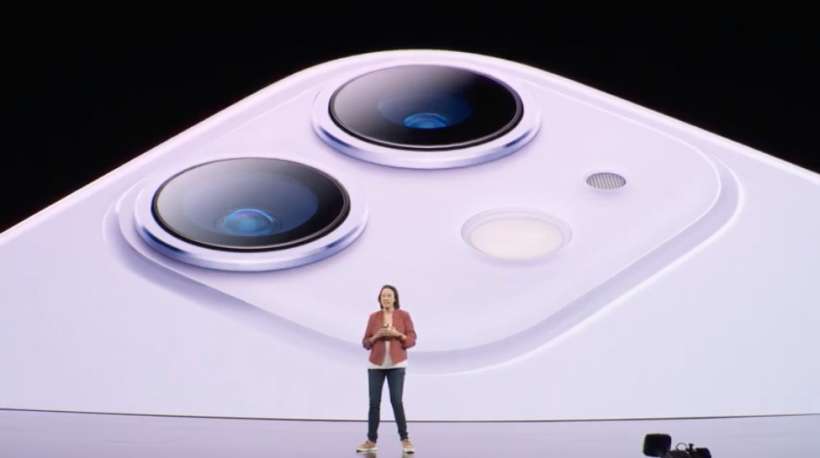 The world's most popular camera receives an update with Apple's iPhone 11. Dual main cameras enclosed in the sculpted glass back combine with iOS 13 for more flexibility in image capture. An extra-wide angle lens makes it easier to capture vast landscapes or photograph subjects in tight spaces.

The stock Camera app in iOS 13 will automatically show the wider field of view when composing a shot, thanks to a translucent interface surrounding the image. One tap switches between the two cameras. 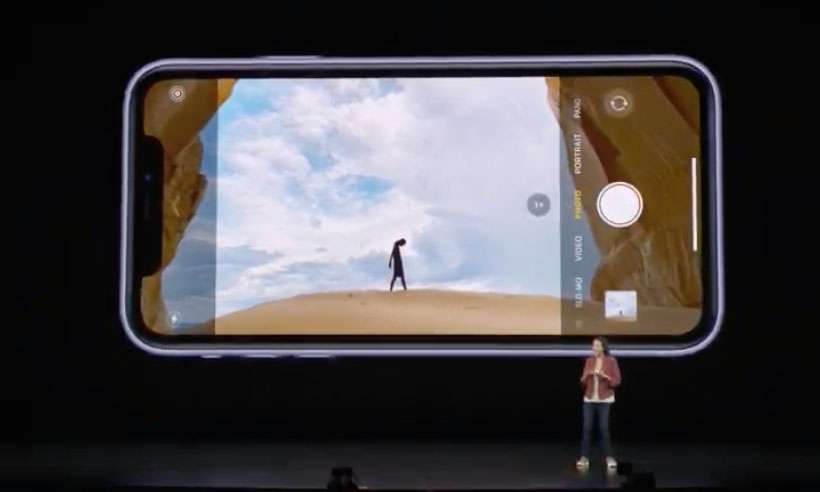 Video capture in both cameras receives cinematic video stabilization as well as 4K resolution capture at 60 frames per second. Apple calls the camera system the highest-quality video capture ever offered in a smartphone.

In addition to the dual-camera setup, iPhone 11 delivers a 36 percent brighter flash, and a 12 megapixel front-facing TrueDepth camera with slow motion.