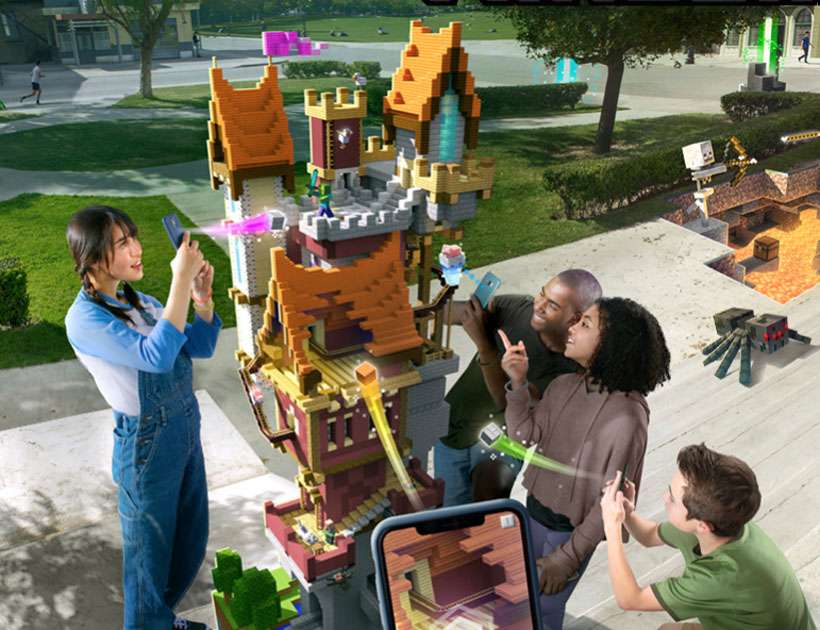 Minecraft Earth has launched its early access version to the App Store in the US and other countries. The title follows the tremendous success of augmented reality (AR) game Pokémon Go on the iPhone, iPad and iPod touch. With Minecraft Earth, fans of the game can build structures overlaying the real world using their mobile device's camera and display.

With AR, blocks be placed anywhere and viewed from all sides by multiple players in the game. Players can also collaborate on Buildplates with each other to create permanent objects in Minecraft Earth. While the game is free to play, jumping in requires a compatible AR-capable device. Minecoins can be purchased via in-app purchases within the game.

Minecraft Earth users can explore what local builders are creating, collect blocks, and even encounter mobs of Minecraft pigs and other creatures. Gamplay includes Tappables, chests, resources, adventures, and battles, all at the scale of real life. Players can even build objects at a smaller scale then see how they look blown up to full size.

Minecraft Earth requires an iPhone 6s or later running iOS 12.0 or better for installation. The AR version follows the standard version of Minecraft, which has been available for $6.99 on the App Store.