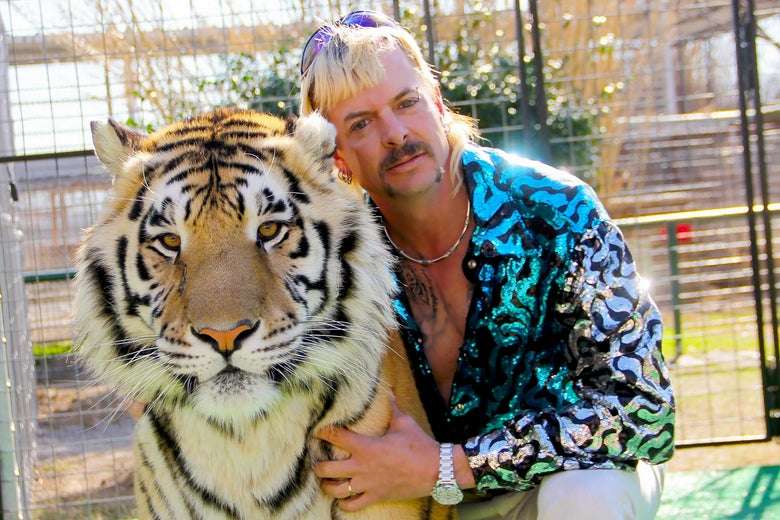 Amazon, Hulu, Netflix and all the streaming services are going to become your best friend during the 2020 coronavirus pandemic. No matter where you are practicing your social distancing these 5 recommendations will help you get through your state mandated boredom. Grab your iPhone, iPad or streaming device and start binging on these series and movies.

Tiger King: Murder, Mayhem and Madness (Netflix) Everyone would be talking about this documentary series at the water cooler if they were allowed to go to work. Tiger King is the new Making a Murderer-hit that we didn't know we needed. The seven episode series follows the flamboyant Joseph Schreibvogel aka Joe Exotic, his nemesis Carole Baskin, a former cocaine drug lord and the crazy world of exotic pets. I don't want to spoil anything but this is one of those shows that always takes a turn right when you think you have it all figured out.

The Invisible Man (2020) You can now rent new films at home for $20 while national movie chains are closed. We all know most Hollywood films are not worth that price, but The Invisible Man from the popular horror studio Blumhouse is worth every penny. The 2020 reimaging of Universal’s classic tale is gritty and brutal remake that has earned high praise. This is one to watch six feet apart after you have put the kids to bed.

Little Fires Everywhere (Hulu) Reese Witherspoon isn’t just a bad TikTok meme, she’s also the star of Hulu’s new series based on the book of the same name by Celeste Ng. The show, which also stars Kerry Washington, “follows the intertwined fates of the picture-perfect Richardson family and an enigmatic mother and daughter who upend their lives,” according to Hulu.

The Tick (Amazon) If you’re looking for something a little more lighthearted and uplifting, The Tick has returned to Amazon for a final and second season. The show follows the invulnerable but clueless superhero The Tick and his reluctant sidekick Arthur. The Amazon series, based on the parody comic of the same name, is the third attempt at a Tick television series. The Tick is a tongue-in-cheek, goof on superheros that will warm your heart and make your laugh.

Netflix is kind of light on great films for adults this month. For the kids there’s Hook starring Robin Williams, Kung Fu Panda 2 and Space Jam. Virus/post-apocalyptic films include Outbreak (so you all can stop renting it), Resident Evil: Apocalypse and Resident Evil: Extinction.

Those with an HBO subscription can catch the premiers of X-Men: Dark Phoenix, Fast & Furious Presents: Hobbs & Shaw and Yesterday.