Music Memos app to be discontinued 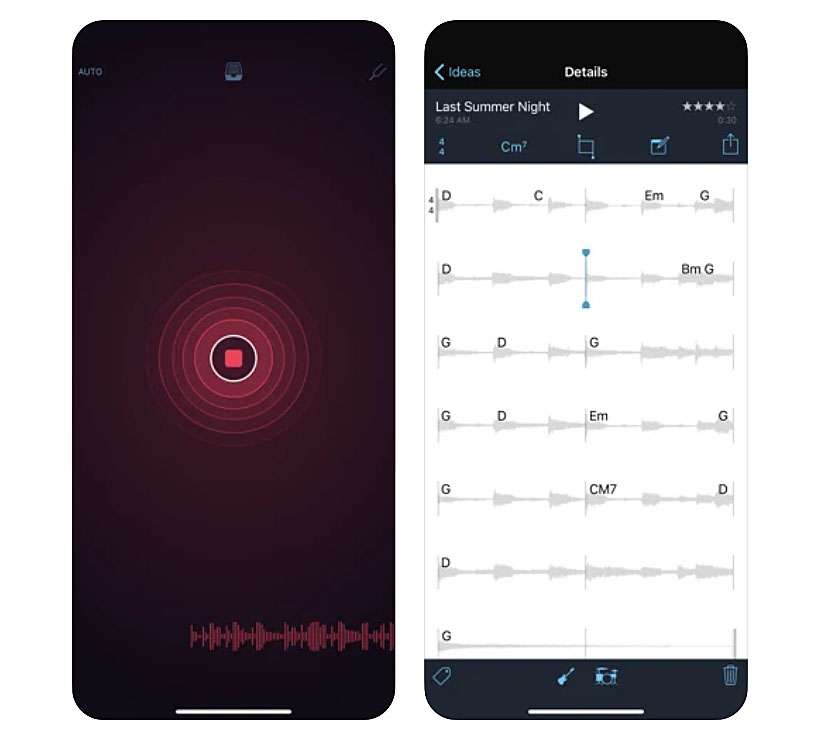 Five years after the launch announcement from Apple, the Music Memos app is slated for removal from the app store. While musicians can continue using the app, it won't be updated past version 1.0.7. Music Memos will also be removed from the App Store after March 1, 2021. Apple is encouraging Music Memos users to transition to Voice Memos for quickly capturing song ideas.

Music Memos provided a way for musicians to quickly record new song ideas on the iPhone, iPad, or iPod touch. Songwriters could record musical ideas and instantly add a virtual drummer and bass player during playback. A built-in tuner made it possible to use Music Memos for tuning instruments such as a guitar.

Besides being a recording tool, Music Memos provided music analysis including detection of musical measures and suggested chord names. The tempo of recordings could be adjusted, and comments such as lyrics entered into the app. Once recordings were trimmed, they could be shared right from Music Memos or opened in GarageBand or Logic Pro X to add more instruments.

Click here for more tips on using Voice Memos for audio recording. While Voice Memos can organize recordings into folders, Apple is encouraging Music Memos fans to use the GarageBand app for access to more powerful tools for music creation.