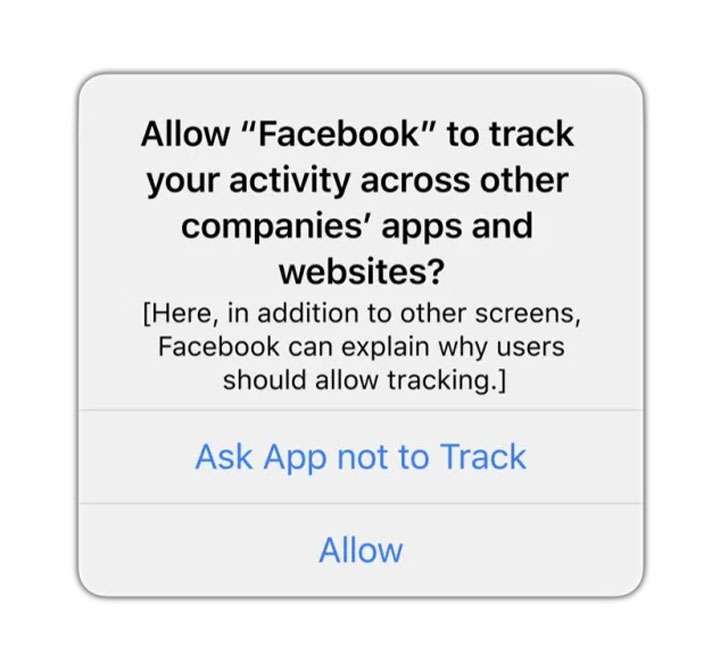 iPhone owners with iOS 14.3 installed are starting to get warnings when apps track their activities across other apps and websites. This new privacy feature has been in the works for some time, and some app developers have protested against its implementation. Facebook, for example has complained about the requirement that it must ask permission to track its users and collect the resulting data.

Apple has also required developers to add an "App nutrition label" to the app store, delivering privacy policies to its users before an app is installed. Information may include what data is linked to you and what data is used to track you by the app. Most data is used to deliver targeted third-party advertisements.

With iOS 14.3 or later installed, anyone can check the privacy breakdown of an app on iOS or iPadOS.

Once the iOS 14 privacy features are fully implemented, iPhone and iPad owners can access privacy settings for each app under the Privacy menu. Apps that have asked for permission to track users will indicate whether they received permission, and this permission can be granted or turned off at any time. The dialog box above is delivered by iOS when an application is first launched after the tracking privacy feature goes live.

Apple plans to fully launch the iOS 14 privacy features in early 2021 after delaying for a few months to give developers more time to comply. In the meantime, some apps are already delivering the dialog box and prompting for permission to track.