Apple kicks off digital ID in Wallet with Arizona 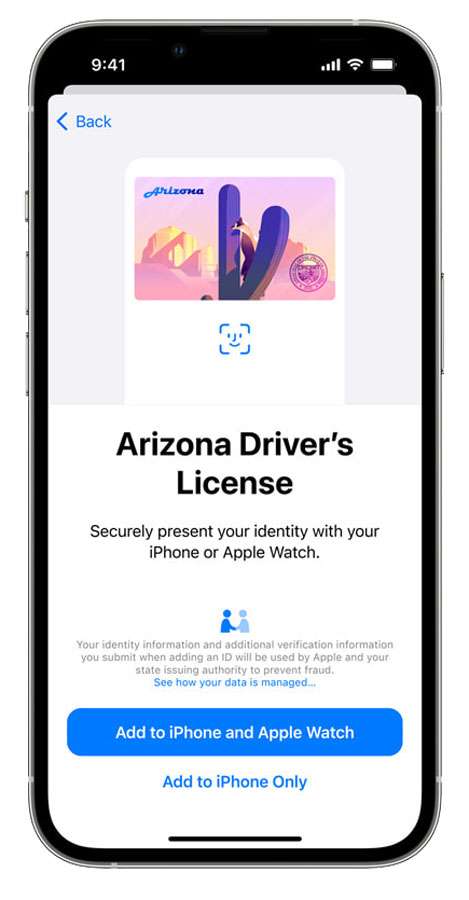 Arizona is breaking new ground as the first state to support Apple's digital state ID and driver's license. Residents can submit their digital ID for approval, which adds the document to the Wallet app on iPhone. Once added, the iPhone or Apple Watch can be used to present the digital ID in place of a traditional card at TSA checkpoints in Phoenix Sky Harbor airport. Apple plans to launch the technology in additional US locales soon.

Apple explains that driver's licenses and state IDs in Wallet provide a seamless, secure, and convenient way for people to present their documents using iPhone or Apple Watch. No physical card is required, and thanks to NFC technology the owner does not have to hand over the device to authorities. Authorizing with Face ID or Touch ID is required to share any information when identity documents are requested. Apple and the issuing states do not receive any information about when a user presents their ID. All transfers of data are encrypted and support the ISO 18013-5 mDL (mobile driver's license) standard, which protects privacy. 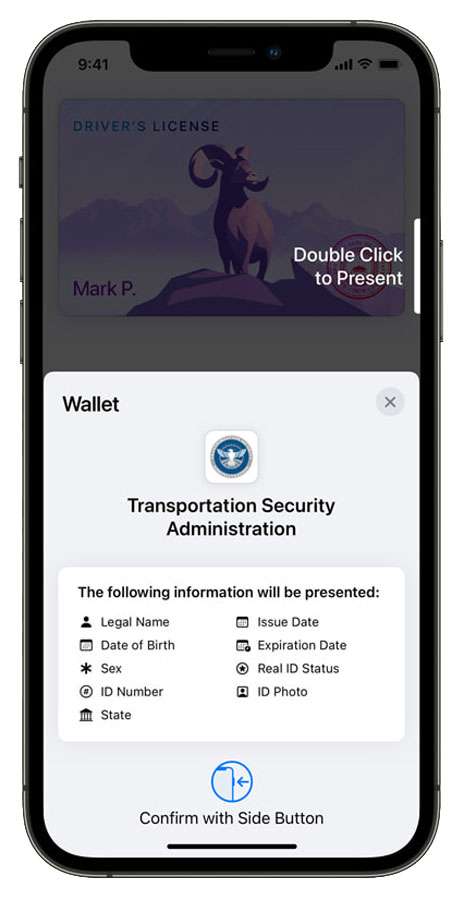 Users can add their driver's license or state ID to iPhone with a few steps in the Apple Wallet app. The process asks for a selfie as well as photos of the physical document for verification. Participating states are responsible for processing and approval of all requests to add documents to Wallet. Once approved, the digital ID resides in the Apple Wallet app for use when required.