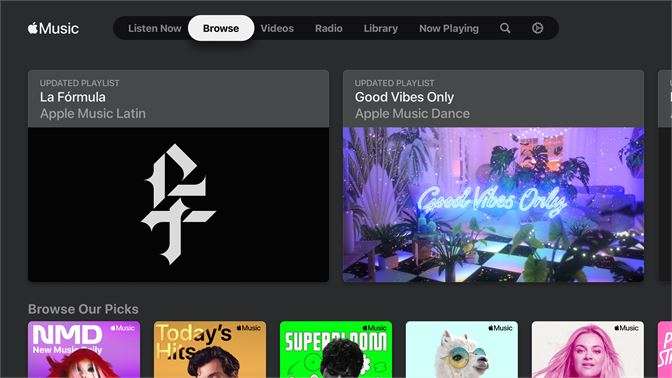 The Apple Music app has arrived in the Microsoft Store for Xbox One, Xbox Series S, and Xbox Series X. Now Xbox users can try a one-month free trial of Apple Music directly on their game console, or log into their accounts to stream millions of songs. Apple Music subscriptions are completely ad-free and available across various devices.

After the one-month free trial, Apple Music costs $9.99 per month (or $5.99 for a student subscription). Family subscriptions to Apple Music offer unlimited access for up to six people for $14.99 per month. Before the Apple Music launch, only Spotify's streaming music service was available for download on Xbox.

Apple Music provides the option to download music for offline listening, as well as a variety of live streaming radio stations. Access to the service continues to expand, with devices including Amazon Echo, Sonos speakers, Google Next, Samsung and LG smart TVs, Roku, and PlayStation 5 all supported.