In case you missed it, the jailbreak-like application Bluetooth OnOff is still available in the iTunes App Store. Even though the app seems to be in violation of Apple's App Store guidelines, it has managed to survive for six days now. It's unknown whether Apple will pull the app or let it remain, but to be safe, you should probably act quickly. 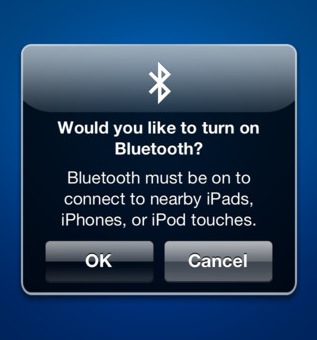 Bluetooth OnOff offers a simple solution to one of the biggest iPhone complaints -- the ability to activate and deactivate your bluetooth easily. Normally a user must navigate to Settings/General/Bluetooth/Toggle to switch their bluetooth on or off. This application saves you time by allowing you to toggle your bluetooth settings just by launching the app. It also offers some kind of bluetooth chat option, but most iPhone owners will only be interested in the simple toggle feature.

A new jailbreak-like app has snuck its way into the Apple App Store. Bluetooth OnOff allows you to activate or deactivate your bluetooth just by launching the app. This is much better than having to go to Settings/General/Bluetooth/Toggle to switch your bluetooth on and off. However, the app does access iOS settings which is a violation of Apple's app guidelines. This means it will probably be pulled. 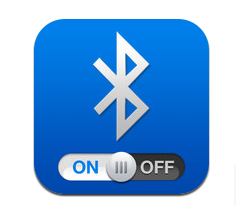 You can download the app for $0.99 in the iTunes App Store while it's still available. Bluetooth OnOff is compatible with the iPhone and iPad. It requires iOS 4.1 or later.

The email client known as Sparrow has finally made its way to the App Store. The new app is $2.99 and features full IMAP support (Gmail, Google Apps, iCloud, Yahoo, AOL, Mobile Me and custom IMAP accounts). The app does not support POP accounts, push notifications and does not integrate with iCloud. Most of these features will be added in future updates. 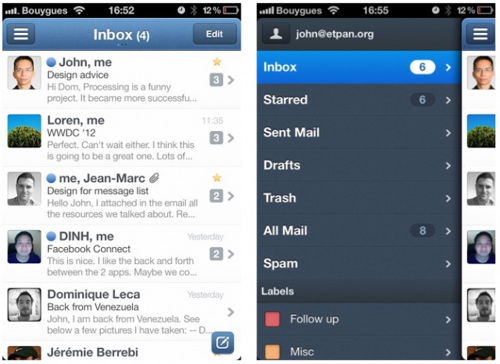 Would you buy a song if you could stream it an unlimited number of times from your iPhone or a web browser? Maybe not. What if the cost was only 10 cents? Not only does this free up your disk space, it's light on your wallet.

Lulu is counting on these two things to make them lots of money. They currently have 8.5 million songs in their library. Instead of having a music collection of files, everything you paid to play resides on remote servers until you demand a listen.

According to Apple, over 953 million apps have already been downloaded. The company is holding a Billion App Countdown Promotion, offering the chance to win a $10,000 iTunes Gift Card, an iPod touch, a Time Capsule, and a MacBook Pro to those downloading apps before the total hits one billion.