An untethered jailbreak solution for the iPhone 4S and iPad 2 is getting closer and closer. Thanks to new crash reporter software released last week, the Chronic Dev Team is hard at work collecting submissions from iPhone users everywhere. 10 million in one week to be exact, which will help the team identify possible exploits for a new iOS 5 jailbreak.

It seems even if iPhone users have not jailbroken their iPhones that supporting the jailbreak community is a popular pastime. CDevReporter can be downloaded directly from Chronic Dev Team to help send information from your device that will help them find the next big jailbreak avenue. 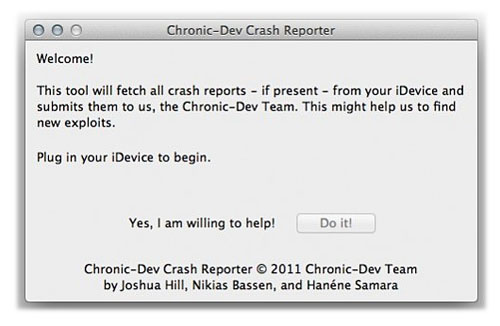