The next-generation iPhone hardware is reportedly in its "final testing stage," and looks to be on schedule for a fall launch, However, an Apple source told 9to5Mac that a deal has yet to be reached for 3G FaceTime over Verizon's network, and that the new iPhone may not have an 8-megapixel camera like we previously reported.

Currently FaceTime is limited over a WiFi connection, or jailbroken phones that trick the device into thinking it's using a WiFi network. Even though iOS 5 supports 3G FaceTime and over-the-air updates, Verizon is still working out kinks and may be delayed in delivering both.

Apple has released the latest firmware files for iOS devices containing bug fixes and security updates. Verizon iPhone 4 owners were not left out of the fun this time, getting their own iOS 4.2.7 updates specifically for the CDMA device. Those experiencing blank or frozen FaceTime video issues should find that the firmware update fixes these problems.

Both iPhone 4 and iPad 2 owners reported the FaceTime issue was affecting Apple devices running iOS 4.3. Another issue that was widely reported in the news was a connectivity problem causing issues with the iPad connecting to 3G networks.

Need a ringtone on the fly? If you don't mind spending money for a 30-second ringtone, Apple has you covered in iTunes. The latest iOS 4.3 release is the gold master and this firmware brings ringtone purchasing to the foreground. The update will be available to AT&T iPhone users starting on March 11, 2011. 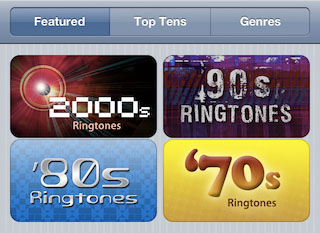 Currently if you're interested in buying a ringtone from Apple, you have to find the ringtone collection within the iTunes app. To navigate there now and preview ringtones you must open the iTunes app, select More from the bottom menu and choose Ringtones. Not difficult, however many iPhone users forget the feature is even an option.

Millions and millions of wireless customers from Verizon and AT&T have said they're waiting to buy an iPhone until the device is available on America's largest carrier. Comments by Verizon Wireless CEO Ivan Seidenberg to investors at a Goldman Sachs conference give the impression that these people could be waiting a lot longer than they thought. Rumors have indicated the company will partner with Apple on the release of a CDMA iPhone as early as January 2011.

Instead, Seidenberg associated the iPhone with Verizon Wireless' upcoming Long Term Evolution (LTE) network, rolling out now and not scheduled to cover the entire US until December 2012. If you bought an iPhone now, that's only three months after your two-year AT&T contract would expire. 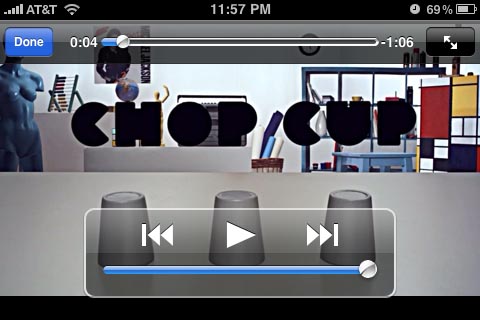