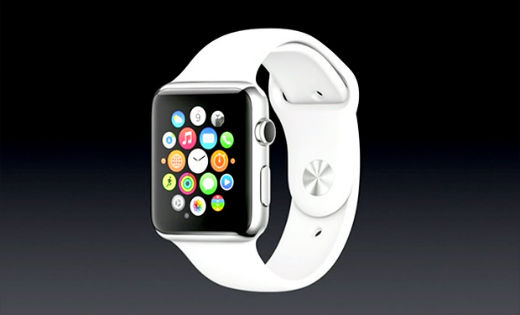 Mobile Payments - Surprisingly, the study revealed low interest in the prospect of using an Apple Watch to make point of sale payments via NFC. Only 35% of those surveyed across all markets responded favorably. The Chinese showed the most interest with 54%, followed by 40% of Americans. South Korea, the UK and Germany showed much less enthusiasm with 28%, 27% and 20% respectively. The latter three don't come as much of a surprise, as those countries have had mobile payment systems for years, whereas it is a novel concept (at least in practice) in China and America.

Healthcare Data - This is one of the most emphasized features of the Apple Watch, the ability to track and record heart rate and measure how much activity the wearer is involved in. Paired with Health Kit, it offers a great way for a consumer to monitor his/her general health and to share that data with healthcare professionals. Interest at this point, however, is rather weak. Only about half of those surveyed across all five markets were interested, with China leading the pack at 69%. America came in second at 50%, followed by South Korea at 43%. Only about a third of UK and a quarter of German respondents showed interest. Some other correlations emerged, though they aren't surprising; men showed more interest than women (probably because of a widespread, erroneous belief that men are more at risk of heart disease than women) and interest increased with age.

Identification - There is the potential for smartwatches to be used for identification purposes and, once again, Chinese and American respondents were the most receptive, with 57% and 41% approval. South Korea and the UK showed 33% and 28% interest respectively, while Germany showed a distinct lack of interest with just 20% of respondents favoring the idea. This is likely due to the fact that Germany and many other European nations already have smart ID cards that contain radio chips and biometric data. Interest across all markets was 38%. As an additional layer of security for logging on to personal computers and accessing online accounts, interest rose slightly to 45%. Respondents held formation with China, America, South Korea, the UK and Germany showing 68%, 49%, 37%, 33% and 25% respectively. Interest in this area was also found to increase with age.

Travel - The Apple Watch will be able to present travel tickets as well. Once again, the Chinese showed the most enthusiasm with 63% approval. South Korea jumped America, with the two countries scoring 54% and 41% respectively. Again the Europeans showed the least interest with the UK and Germany showing 32% and 31% interest.

There is no set release date for the Apple Watch as yet, but industry analysts expect an early 2015 launch for the U.S.

At the start, "Europe was not enthused" about Galileo and his telescopic brilliance, either.