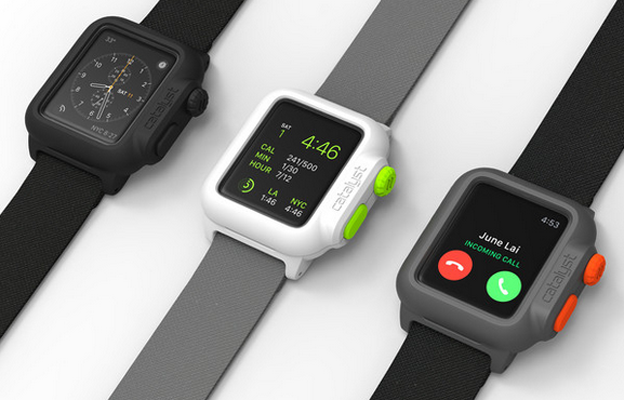 When the Apple Watch was first revealed, speculation was rampant as to whether the wearable would be fully waterproof or not. Of course, Apple's official line is that the watch is splash and water resistant but not waterproof. With an official IPX7 rating submersion beyond one meter for 30 minutes is not recommended. The real-life experience of many users has shown that Apple Watch may exceed this rating, however swimming and diving could be risky.

For those who aren't familiar, IP68 is dustproof and completely waterproof up to a depth of 16.4 feet. Catalyst protection doesn't end there. The Apple Watch case meets MIL-SPEC 810G, which means it has protection from up to 6.6-foot drops. So it's clear adding a Catalyst case will protect the watch, but here's a question: can I use the device like normal?

Catalyst is designed for full functionality, with the digital crown, button, back sensors, charging dock, microphone and speaker all accessible and working normally. The face of Apple Watch is actually exposed when the case is installed, for a seamless gesture and Force Touch experience.

The first of its kind, Catalyst Case for Apple Watch runs $59.99 and will start shipping in November.

So you'll only have a waterproof case for the 42mm but not the 38mm? That's too bad. Please let me know if you'll have the case for the 38