Those iPhone users lucky enough to have received an invite to Google's new social networking service can now connect to its 10 million users with a free iPhone app. Google+ is the latest App Store offering by Google, and the software is available now for users running iOS 4.0 or later on their iPhone 3G, 3GS or iPhone 4. 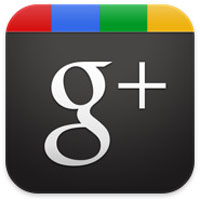 Google+ has been described as Google's answer to Facebook and is expected to launch to the general public in the coming weeks. Currently a member of Google+ must invite you to participate, however this hasn't stopped the web-based service from rapidly taking off. It remains to be seen if Google+ can dent the popularity of social networking giant Facebook.

With the iPhone app Google is complementing its Android mobile offering and making sure that Google+ gets into the hands of as many users as possible. Previously, iPhone owners were forced to use Google+ with a web browser on their mobile devices. When it comes to Google+ itself, the service consists of streams of posts from friends that are being followed as well as posts from people in the general vicinity.

Posts can be published to Circles, which are defined groups of friends. Huddles can also be set up between friends for instant group messaging. Google+ has been in invite-only mode for a few weeks and users are currently sharing one billion items every single day. Google+ version 1.0.1.1809 can be downloaded for free directly from the Apple App Store using iTunes.