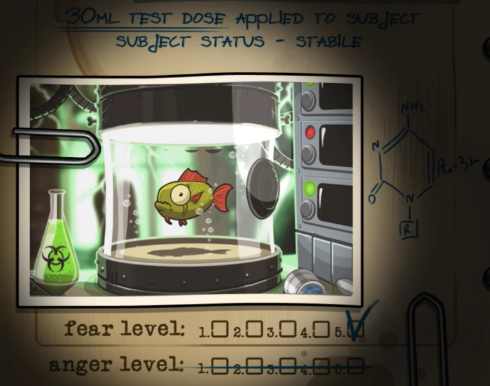 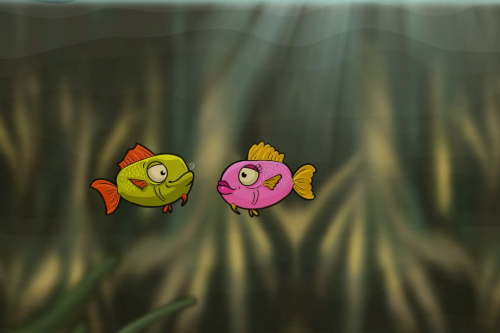 The game is easy to play, but it gets difficult when you attempt to complete all the tasks in a specific environment. This, plus collecting enough money to buy new bling and different varieties of fish for your personal aquarium, is what gives the game a worthwhile replay value. Zombie Fish Tank is definitely geared towards completest who enjoy achievements, extra quests within the gameplay, and collecting digital trophies. Yet, if not engaging in all the additional content, others may find the gameplay a bit simple and repetitive. 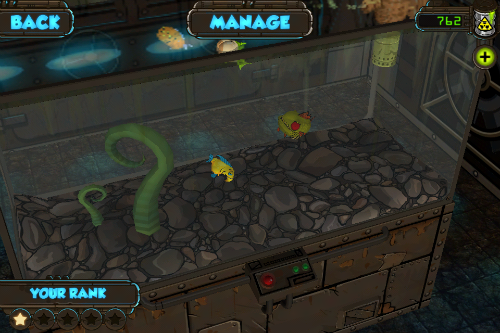 Zombie Fish Tank is a decent addition to the crowded fish-eat-fish genre. It is also a great game for passing the time at work, while waiting for the bus, or sitting at the doctor’s office. It works well on the iPhone, although I bet it’s an even better game for the iPad mini. In short, it’s a great game for iOS users looking for something cheap and not too complex.

Zombie Fish Tank supports the iPod touch, iPhone and iPad. It requires iOS 4.3 or later and is available now for $1 through the App Store.

There is enough support for such a business control method to warrant its
implementation in all your stores or warehouses. Around the "economic recovery, the development of the global flat panel display industry," "flat panel display development trend of China",
"Shenzhen how to create high-generation projects as well as flat panel display industry chain" of the
themes, including Samsung , LG, AU Optronics, Hann - Star Display, IVO, BOE, Changhong, AKT, ULAVC, Hitachi, Matsushita ,
TCL, Skyworth, Konka, Toshiba, etc. Every Sunday since yesterday, reporters tried to
Konka, TCL, Changhong and other related businesses asked
"whether to participate or lead the joint venture plan with high generation of line", but
poor communication has not been exactly news.