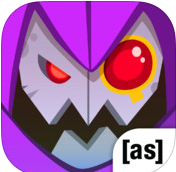 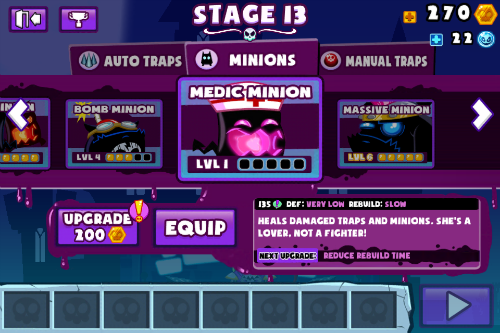 When I first discovered Castle Doombad in the App Store I thought it was going to be a lot like Pirate Defense, but I was wrong. While the game does require the use of traps to defend your castle, they are more like towers in any standard defense game, instead of like the interactive traps in PD. For example, you can place the Treadmill of Doom at the bottom of a ladder to have the Acid Dripper drip on your advancing enemies, but that's about it. There isn't really much too combining and stacking traps for the "maximum effect" like the game's description promises.

Castle Doombad requires very little strategy and is very easy to complete. However, it does have a lot of replay value thanks to its many achievements and bonus "Endless Knights" mode. Hopefully adult swim plans to add more chapters and levels in the future, because this is a really fun game that would benefit from being a little bit more challenging. 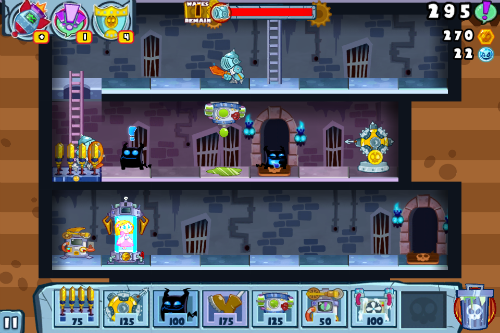 Castle Doombad delivers everything you can ask for in an iOS tower defense game: it looks amazing, its controls are simple, and it features plenty of upgrades and achievements. It also offers non-stop action, unlike some TD games where you just sit around waiting to see what happens.

Castle Doombad is available for $2.99 in the Apple App Store. It is compatible with the iPod touch and iPhone, and it requires iOS 4.0 or later.