iPhone 6 may have Illuminated Apple Logo

In recent weeks there has been no shortage of mockups and "leaked" photos purporting to show iPhone 6 hardware and cases. The latest one comes from Australian site Macfixit, and it shows something that suggests the new iPhone could have an illuminated Apple logo on its back panel. 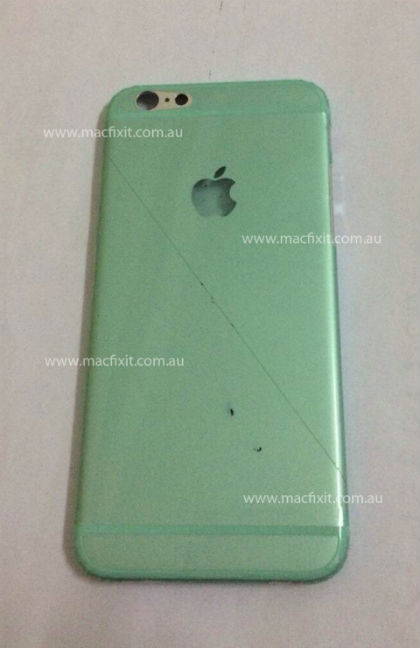 The photo shows an aluminum rear casing panel with what appears to be a cut out Apple logo. All of the iPhone models thus far have incorporated an Apple logo on the back panel, but they have been etched and polished rather than cut out, as you can see in this iPad Pro prototype. So, if this photo is trusted, it seems that Apple

may do something different this time around, like incorporate an illuminating module on the back. Incidentally, this photo emerged just days after leaked photos of the iPhone 6 backlight panel surfaced.

Of course, this same speculation occurred when leaked photos of the iPad mini with Retina display casing first appeared. It also had what looked like a cut out, but Apple ended up mounting a polished piece of metal rather than an illumination module. Also, battery life is of utmost importance to smartphone users, so an additional potential drain might not be worth the trouble if everyone is just going to turn it off.

At this point it is almost certain that the 4.7" iPhone 6 will launch in the latter half of this September, while the 5.5" "phablet" model will launch later in the year, perhaps around the holidays. Both will have the quad-core A8 processor, 1GB RAM and, perhaps, an NFC chip.