Springtomize 3 has been fully updated for iOS 7.1.x compatibility, which is good news for users jailbreaking with Pangu. The super-tweak from developer Filippo Bigarella provides incredible levels of control for those looking to customize the look and feel of iOS on their devices. 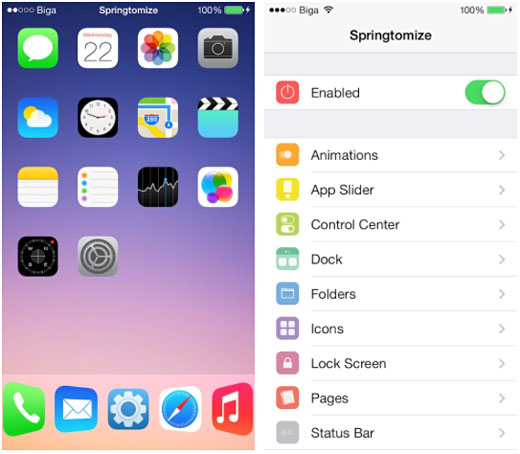 Several bug fixes relating to the tweak's performance on iOS 7.1 and later have been addressed. This includes various items not hiding properly in recent firmware, and other display issues. The most interesting part is a new feature, the addition of an option for dark folder backgrounds.

Springtomize has so many features that it singlehandedly replaces a list of tweaks intended to customize various parts of the iOS interface. Sections in the tweak that can be customized in Settings include Animations, App Slider, Control Center, Dock, Folders, Icons, Lock Screen, Pages, and Status Bar. 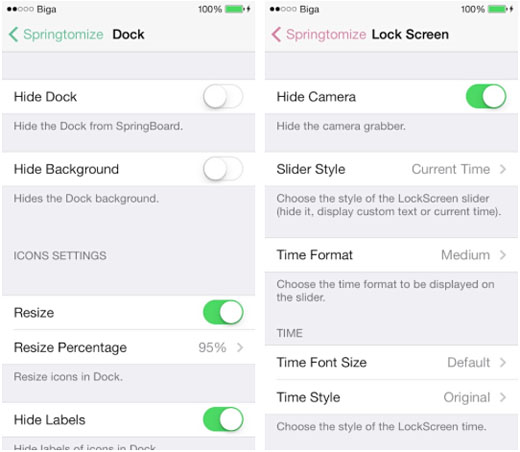 Springtomize 3 is available on Cydia from the BigBoss repo for $2.99, while those upgrading from Springtomize 2 can get the new version for $1.99.

Jailbreaking iOS 7.1.x is now possible with Pangu. Check here for instructions on how to jailbreak iOS 7.0.x with evasi0n 7. You can also find out how to purchase and install Cydia tweaks with this guide.