How to add Android features to iOS devices 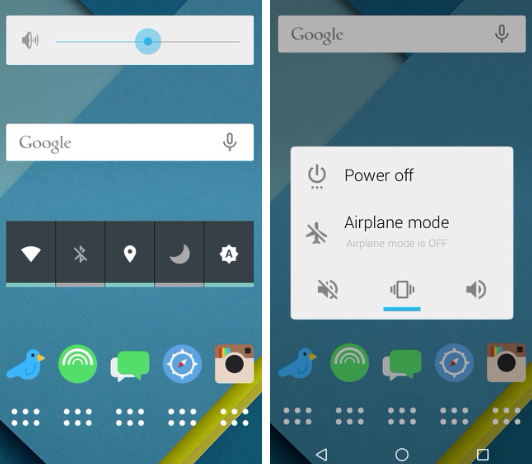 Looking to give an iOS device some Android-inspired personality? Jailbreakers might enjoy the tweak Andrios, which brings many Android features and style elements to iOS. Andrios actually adds several widgets and tweaks that can be customized independently from one another. As a bonus, all of these features can be enabled or invoked using Activator. 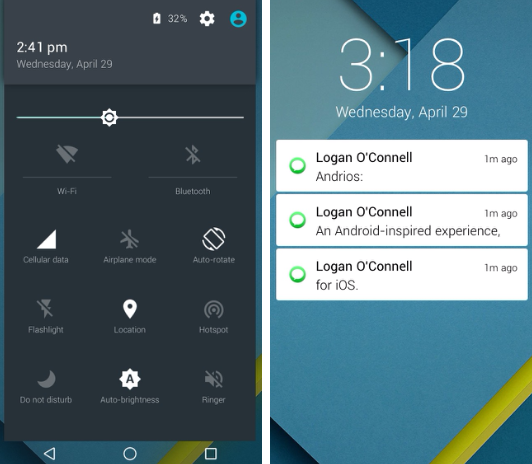 The look and feel of both Lollipop and KitKat can be accessed from Settings once Androis is installed. There are seven individual features of the tweak, listed below:

Androis can be used in combination with other Android-related offerings from Cydia, such as WinterBoard themes that will add Android flavor to many aspects of iOS. The finishing touch is an Android background, which completes the effect. For those who might be concerned, Andrios was written from scratch using Objective-C, not by porting Android source code.

Andrios is available from the BigBoss repo on Cydia for $3.99. To start customizing iOS, click here for instructions on jailbreaking iOS 8.0-8.1.2. Those with older firmware can jailbreak with Pangu (iOS 7.1) or evasi0n 7 (iOS 7.0). Find out how to purchase and install Cydia tweaks with this guide.