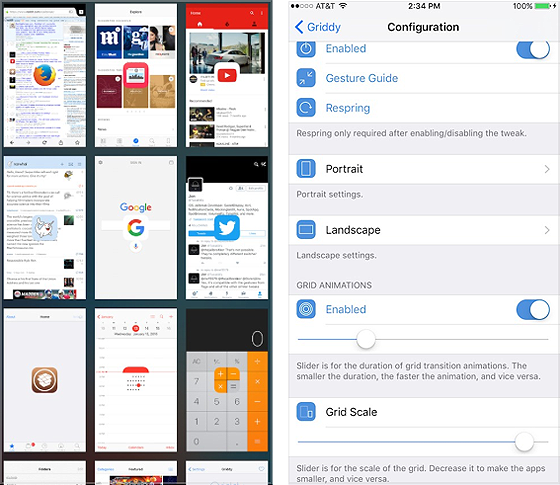 Griddy features a variety of cosmetic options as well as several default gestures to control apps. Once the Griddy app switcher is invoked, double tap on an app card to quit the app. Swiping will also close individual apps, while a pinch to zoom can adjust the size of Griddy app cards on the fly. This is an especially unique feature. Behavior in both landscape and portrait orientations can be customized as well. 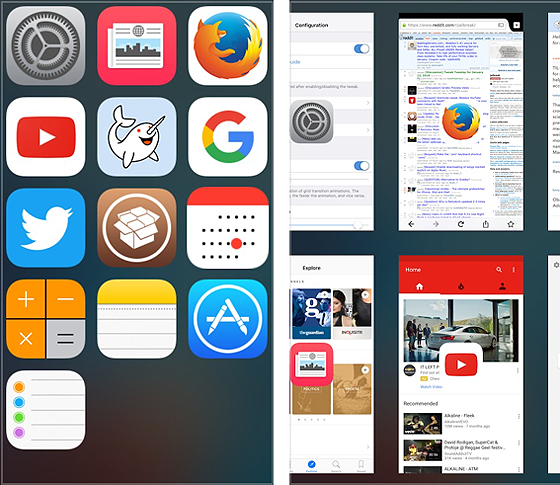 For those who are not fans of the overlapping app switcher in iOS 9, Griddy provides a workable alternative. Everything from grid size to animation speed and blur factor can be adjusted to the user's liking. Just don't forget to respring for changes to take effect.

Griddy is $1.99 on the Cydia app store. To start customizing iOS, click here for instructions on how to jailbreak iOS 9 with Pangu. Find out how to purchase and install Cydia tweaks with this guide.