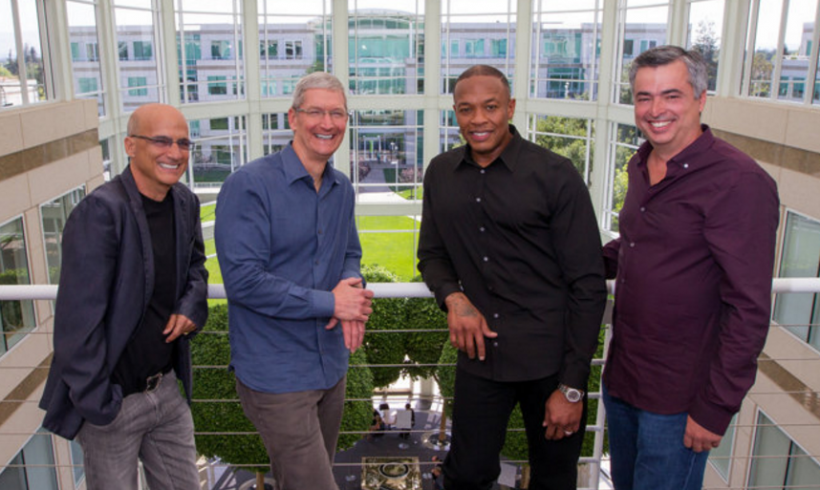 Apple may finally take the plunge into TV production, with reports of a series starring Dr. Dre in the works. Besides original programming, the company is also set to announce the iPad Air 3 and an upgraded 4-inch iPhone. Both new devices could launch quickly after the official announcement in mid-March. Instagram fans can now easily switch between accounts, and Facebook fans can upload Live Photos. Here are some of the highlights in Apple news this week, including a record dividend for AAPL shareholders.

Apple plans to skip pre-orders altogether and offer its latest products in stores just days after the official media event. Reports point to the iPad Air 3 and 4-inch iPhone 5se (or iPhone 6c) being introduced during a special media event on Tuesday, March 15. The updated products would almost immediately be available for purchase on the following Friday, March 18. The iPad Air 3 is rumored to include four speakers, much like the iPad Pro. An update to the 4-inch iPhone 5s could include iPhone 6 internals while sporting the smaller form factor. The device was previously leaked as the iPhone 6c, however recent reports have used the moniker iPhone 5se.

Apple stock (NASDAQ:AAPL) suffered another lackluster week, with prices remaining under $100. Since the fiscal Q1 earnings report, investors have been concerned about future iPhone sales growth, or the lack thereof. In any case, Apple distributed a record dividend of $0.52 per share to shareholders on Wednesday, February 11. There are currently 5.5 billion AAPL shares outstanding. Apple plans to spend over $200 billion on its capital return program over the next five quarters, buying back $47 billion in stock in the near term.

Managing multiple Instagram accounts just got easier. As of version 7.15, the Instagram iOS app officially supports up to five different accounts. The feature makes it possible to quickly switch between several different Instagram accounts, without having to log out. Now that account switching is built-in to Instagram, jumping between different usernames is much easier than before. This capability is rolling out to users now. Click here for instructions on how to add multiple accounts to Instagram.

Live Photo brings the ability to capture short video clips with still photos on the iPhone 6s and 6s Plus. Anyone with iOS 9 can view Live Photos on Apple devices. One of the first apps to announce support for Live Photos was Facebook, and now the feature is rolling out to everyone. This means Facebook users can upload and view Live Photos just as they can be viewed natively in iOS 9. Of course, the option exists to upload a Live Photo as a still image as well. Click here for tips on how to upload Live Photos to Facebook.

Apple has been rumored to be working on its own streaming content for some time. Reports indicate the company will release an original TV series, to compete with Netflix, Amazon and others. The series, titled "Vital Signs" is to feature Apple employee Dr. Dre as the star and executive producer. Apparently the show will run a half-hour, with six episodes planned. Vital Signs is said to be a dark drama, with autobiographical elements from Dr. Dre and "no shortage" of violence and sex. Apple may distribute the show exclusively through Apple Music. All six episodes will be directed by Paul Hunter, and are expected to drop at the same time.