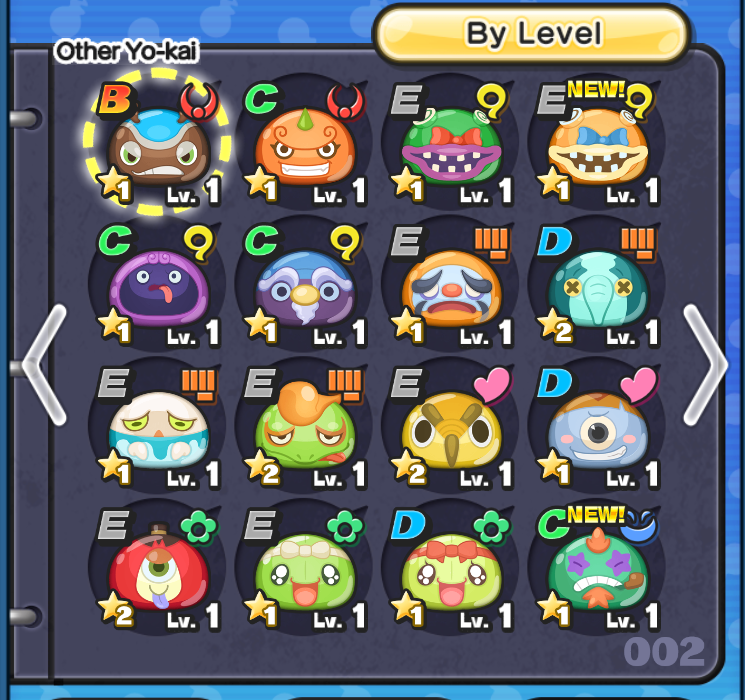 Yo-kai Watch Wibble Wobble isn't tearing up the App Store top charts but it is getting a lot of buzz on mobile gaming forums, and for a good reason. This isn't some cheap tie-in only trying to cash in on the Yo-kai Watch name. It is a fun, addictive and action packed puzzle RPG. I highly recommend it to fans of Pokémon and match-3 battling games. Yo-kai Watch Wibble Wobble is available for free on the Apple App Store. It can also be enjoyed without spending any real life money.

Here's our strategy guide for both new and seasoned Yo-kai Watch collectors.

Update: Using Yo-kai from the same tribe gives you a "Tribe Effect" bonus. You can see your Tribe Effect bonus on the Yo-kai Wib Won menu screen under your current HP and Attack.

Rank and Tribe -- I have to admit I haven't quite figured out the point of a Yo-kai's rank and tribe icons. There may be some benefit to using certain tribes against others, like water vs. rock in Pokémon, or the rock, paper, scissors system in Pocket Mortys. However, I have found it better to design my teams by color and Soultimate moves. By color I mean exactly that, having too many Wib Wobs of the same color makes it hard to distinguish them from each other in battle. Having a variety of colors allows each Wib Wob to catch your eye and makes it easier to see the best string of Wib Wobs to connect an pop. 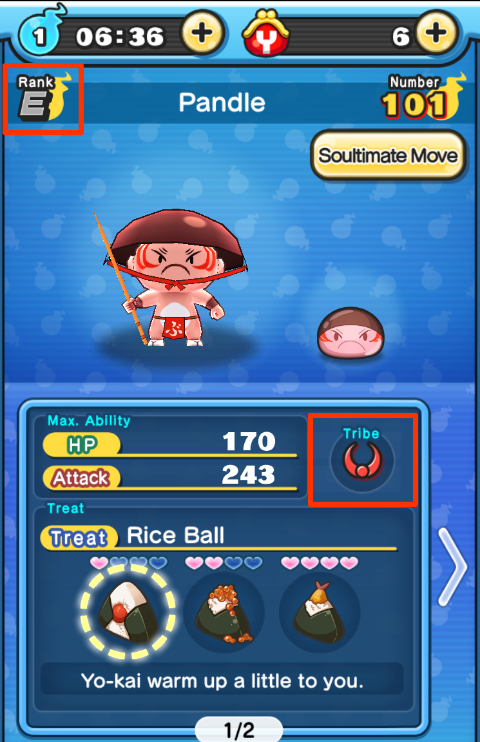 Designing your team by Soultimate moves seems to be the key to success. I've found having at least three healers is the best way to go. I would even go as far to say that having a team of all healers may work. If you do decide to go attack heavy check your Medallium for Yo-kais with a large attack areas, such as Bruff, who has a "Huge" Soultimate move.

Tutorial -- This one is obvious, but Yo-kai Watch Wibble Wobble has such a long initial load time, and so many tutorials it is tempting to skip them. The game is so deep that you will miss a lot of important elements if you do not pay attention to all the new stuff you unlock. For example, I advanced far into the game before realizing I could discover new Yo-kai by spending coins I earned on the Crank-a-kai machine. This is also the key to playing the game without spending real-life money, which I'll explain next.

Y-Money -- To play Yo-kai Watch Wibble Wobble you will need lots of Y-Money. You need it to buy AP, to unlock new levels, to increase the level cap of your Yo-kais and to purchase new items. Basically, you can't do anything in this game without in-game currency, but luckily there's a lot of ways to earn it. You can earn Y-Money by completing battles (win or lose), but the best way to earn more is from by claiming mission rewards.

The Missions section is located in the menu screen after you unlock it. It offers Daily, Normal and Event missions for you to complete. You will continually complete these missions by just playing the game. Be sure to frequently visit the Missions section and hit the "Claim All" button, and you will never be without Y-Money. Also make sure to spend your Y-Money smartly because it is very important.

You can also earn Y-Money from daily rewards found in your Inbox.

Train Your Yo-kai -- Each battle screen offers a Recommended Level for that opponent. If you find that you are not the right level or can't defeat a certain opponent, go back and fight older opponents to earn XP. You can also earn XP by competing in the daily free Score Attack in the Rankings section (this does not cost AP). This is another reason to pay attention to the tutorial.

Another great way to improve your Yo-kai is to buy Food from the Shop and try to friend Yo-kai you already own. If you friend the same Yo-kai over and over it will improve his/her Soultimate move. 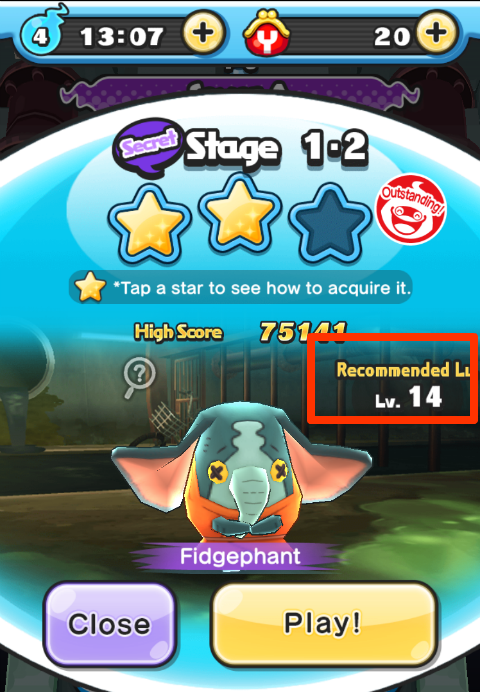 Battles -- And finally battling... Finger placement is key. If you place your finger on a Wib Wob to start a move then lift it you will pop that Wib Wob for a weak attack. Make sure to plan your moves before tapping anywhere, and be careful not to miss your initial target because your Wib Wobs are wiggling around. It is also tempting to lift your finger in the middle of connecting a chain because you see an additional Wib Wob you didn't notice before. You can always finish your original chain and add that Wib Wob later. This will help you avoid trying to adjust your trajectory thus popping your chain before you've completed it.

The only time I hold onto large Wib Wobs is right before I'm going to hit Fever mode. This is a fast-paced game and popping any amount of Wib Wobs is better than popping none. However, if you have a lot of large Wib Wobs prepared before you enter Fever mode then you will be able to earn bonus points faster. It is also smart to hold and use Soultimate moves in Fever mode because they're added to the bonus attack.

My strategy is to use three healing Yo-kais and two attack Yo-kais. I concentrate on connecting the healing Yo-kais first so I'm always replenishing my health. When I'm low on healing Yo-kais to connect, I clean out the attack Yo-kais to make room for more healers. This allows me to always be attacking while playing defense. There are also Yo-kais with defensive moves, such as Buhu and Noway. I tried incorporating them into my team but found healers are just much better.

Make an A, B and C team. I've trained a variety of Yo-kais so I can utilize them for different battles based on their variety of skills. This also allows you to sub-out level capped Yo-kais if you don't have enough Y-money to increase their cap. This way you never have a Yo-kai not earning experience.

Aiming is also important if you're fighting multiple opponents. Tap the stronger Yo-kais to take them our first, and don't hit opponents with low energy with Soultimate moves (unless it is a multiple attack). If your Soultimate meter is full, aim at a Yo-kai with full health so attack points are not wasted on an opponent that is about to be knocked out.

Some opponents may seem impossible to beat, but if you practice and train your Yo-kais you will eventually defeat them. Keep trying and don't be afraid to go back to fight weaker opponents to improve your own and Yo-kais' skills.

Yo-kai Watch Wibble Wobble is a very deep game with lots of secrets, things to unlock, and achievements to earn. Keep exploring and hopefully these tips will help you become a better Yo-kai player.

Update #2: I didn't mention this before because it should be obvious, but make sure you check your combined HP and Attack when picking your Yo-kai team. You can see which Yo-kai give you the best combination of attack and defense in the Yo-kai Wib Wob menu screen right above your Carried Yo-kai.