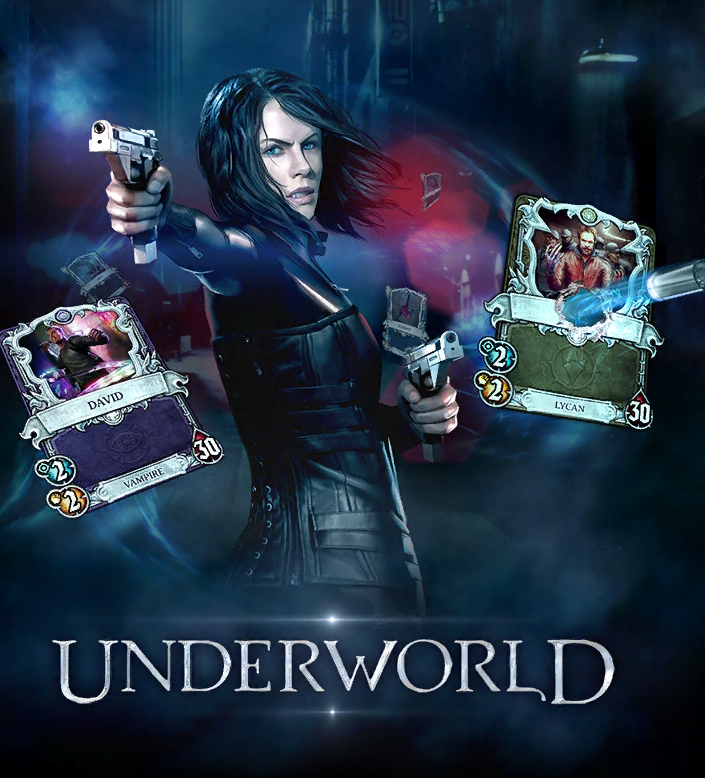 Two major horror/action franchises are set to return in 2017. Resident Evil: The Final Chapter lands in theaters on January 27th, and Kate Beckinsale is set to reprise her role as Selene in the werewolf vs. vampire flick, Underworld: Blood Wars, on January 6th. If you can't wait until after the holidays to get your Underworld fix, Ludia has released a real-time strategy game based on the upcoming movie.

The game shares the same name as the fifth installment in the Underworld film series. It is a collectible card title where you battle as and against different characters from the franchise. The battles are actually pretty deep, involving a lot of different cards with different abilities and weapons. You begin the game as Selene, and can unlock different cards and earn experience for new abilities as you battle Lycans and other things that go bump in the night. The game includes head-to-head battles with different battle zones, close and long range attacks, and hundreds of supporting characters , weapons and moves you can utilize to take down your opponents.

Underworld: Blood Wars the game is available now for free on the Apple App Store. It supports all newer devices running iOS 8.0. Make sure you check the not-supported device list at the bottom of the official App Store description before you download.

Underworld: Blood Wars the movie, is a sequel to the 2012 film Underworld: Awakening. In Blood Wars, Selene (Beckinsale) must defend her daughter from both the Lycan clan and the Vampire faction that betrayed her.

Blood Wars also stars Theo James, Lara Pulver and Tobias Menzies. The film is scheduled to be released on January 6, 2017 by Screen Gems. Check out the trailer below.