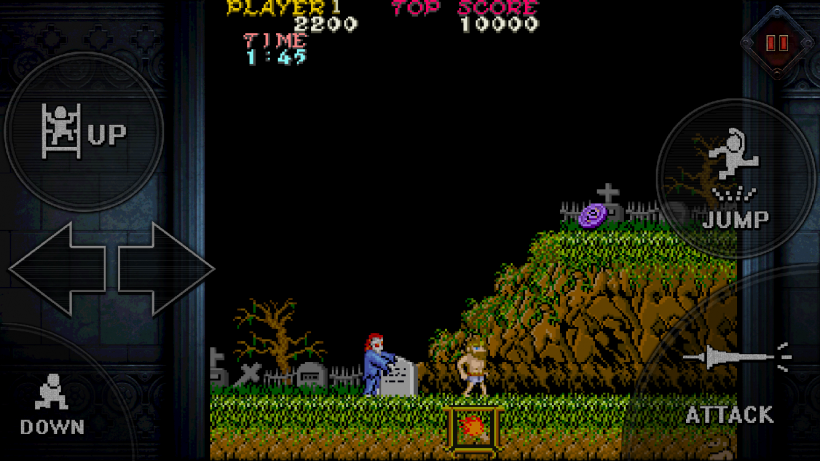 Before there were thousands of horror-related titles to choose from Ghosts'n Goblins was the go to favorite for many video game fans in the 80s. The run and gun platformer is one of Capcom's best selling titles, getting its start stealing quarters in the arcade before being ported to almost every major home system and platform. The game has also spawned several sequels, including Ghosts 'n Goblins: Gold Knights for iOS. The entire franchise is legendary for its level of difficulty with the original earning its own Angry Video Game Nerd episode. The first sequel Ghouls 'n Ghosts was also called the "world's second most difficult game ever made" by GameTrailers.

The original Ghosts'n Goblins has been ported to iOS and Android by Capcom, and even with its new "casual mode" for easier game play the game is impossible to play. This is mostly due to the horrible on-screen touch controls. As you can see from the image posted above, the game features an Up button, left/right directional pad, a Jump button, an Attack button and a Down button. You will need to utilize all these controls to fight your way through all 6 levels and it isn't easy on any size iPhone. Not only do your own hands get in the way on smaller devices, but there's just something still clunky about the controls.

The mobile version, especially casual mode, would greatly benefit from some kind of simplified touch controls, and the entire game definitely needs MFi support. Let all the masochistic players torture themselves with the archaic controls in classic mode. It would also be nice if casual mode included unlimited continues. Capcom has tortured video game players for long enough. Can't they just let us finish the game for once?

I was worried that my lack of platformer skills was the problem and not the controls, but most of the user reviews on both the App Store and Google Play agree with me. The bad UI has earned the game a disappointing 2-stars on the Apple App Store, which is shame for such a classic title.

Besides the clunky controls, Ghosts'n Goblins looks great on the iPhone 6s and it includes a ranking board and achievements. Hopefully Capcom updates the controls and adds MFi plus unlimited continues, but I have my doubts that they will. 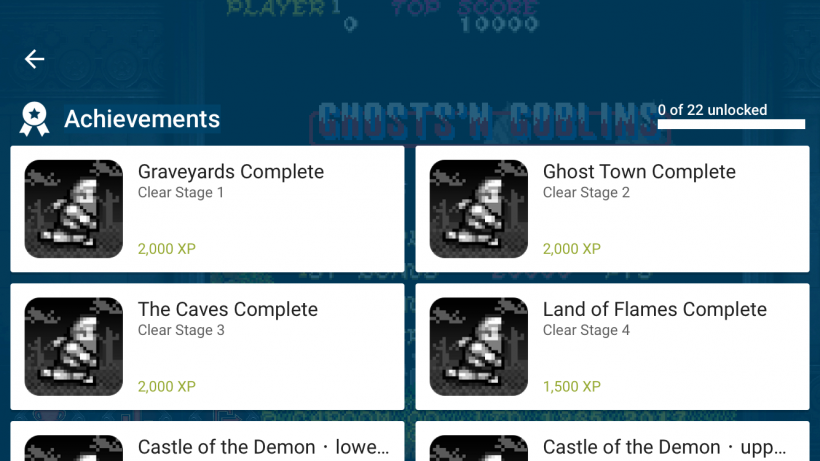 Ghosts'n Goblins is available on the Apple App Store for $1.99. It supports all devices running iOS 8.0 or later.