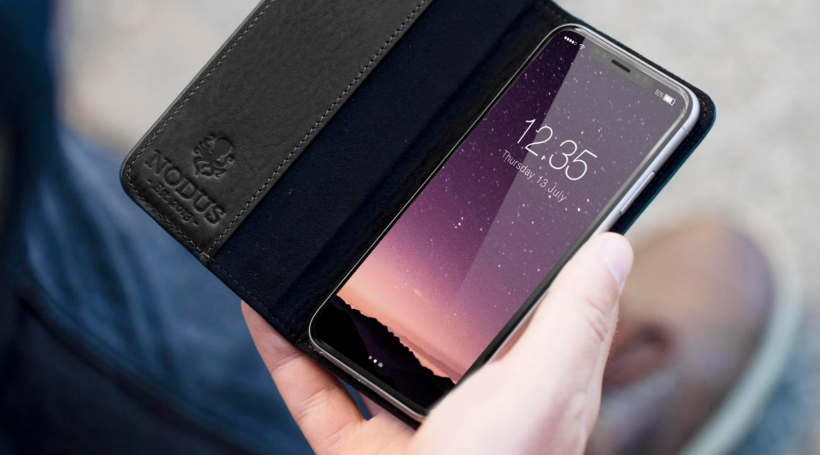 Incredible new visualizations based on real supply chain information point to a stunning iPhone 8 design. The special 10th anniversary edition iPhone is expected to launch this fall, alongside the iPhone 7s and iPhone 7s Plus. Forbes has revealed a collection of renders made in partnership with luxury case maker Nodus.

While an edge-to-edge design has been rumored for some time thanks to the implementation of an OLED display, the "finalized hardware design" pictured shows sensor, speaker and status bar integration. The top of the device requires a camera, proximity sensor and speaker, making it tough not to take a notch out of the display to accommodate these components. Apple appears to have solved the problem by placing status bar elements to the right and left of these front-facing gaps in the screen.

The result is a stunning, seamless black bezel across the top of the iPhone. This design would continue to work in landscape mode, assuming the status bar moves to the side of the display and the area around the sensors goes black. According to the associated report, Apple may place Touch ID in the power button or add 3D-based facial recognition to replace Touch ID. The reason is because of difficulties mass producing displays with integrated Touch ID, where the sensor is hidden behind the screen.

Component leaks have confirmed the iPhone 8 will also feature a new dual-lens camera with a vertical orientation. The revised setup is believed to accommodate augmented reality applications and possibly a 3D scanning sensor. Much like the iPhone 7 Plus, the special edition iPhone is likely to feature a telephoto lens and depth effect capability for photos.

The iPhone 8 has also been referred to as the iPhone Edition and the iPhone X. Some reports have claimed the release will be late due to manufacturing delays, however others have pointed to a normal release schedule. The iPhone 8 will garner a premium from Apple fans, with the device starting around $1,200.