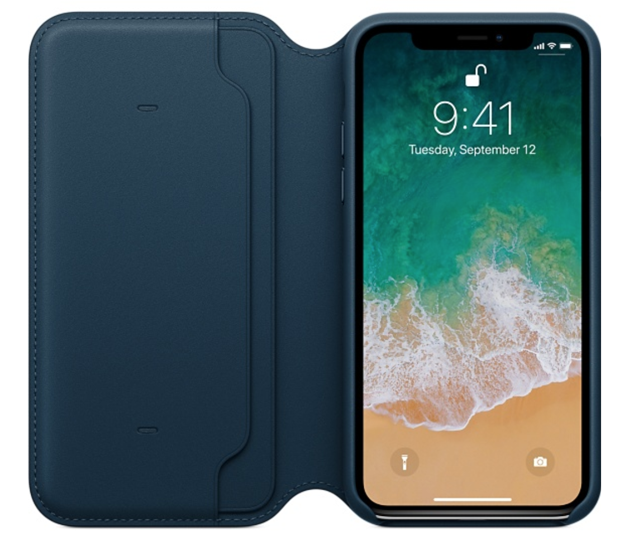 Apple opened pre-orders for the iPhone X yesterday, with the device going on sale right after midnight. In addition to Apple's main site, the Apple Store app and service carriers joined the party. Needless to say, the initial batch of units slated for pre-order sold out in about 10 minutes.

Apple claimed that iPhone X "customer demand is off the charts" as shipping times slipped to 5-6 weeks by Friday afternoon. For those looking to get an iPhone X more quickly, plenty of options have appeared from resellers on Craigslist and eBay. The downside: prices from $500-$1,000 higher than retail.

As noted by MacRumors, Best Buy also charges more than Apple and third-party carriers, tacking an extra $100 on to both iPhone X models. The company has the same pricing policy on iPhone 8 and iPhone 8 Plus.

The iPhone X with 64 GB of storage runs $999 from Apple, with the 256 GB model priced at $1,149. Apple is also offering its new iPhone X Folio Case, which sleeps and wakes the iPhone X automatically using a front cover. Most colors of the $99 iPhone X Folio case are delivering in 1-2 weeks.

Apple has already launched the iPhone X in 57 countries. Analysts expect iPhone X availability to increase quickly during the first quarter of 2018. For its part, Apple says they are "working hard to get this revolutionary new product into the hands of every customer who wants one, as quickly as possible."