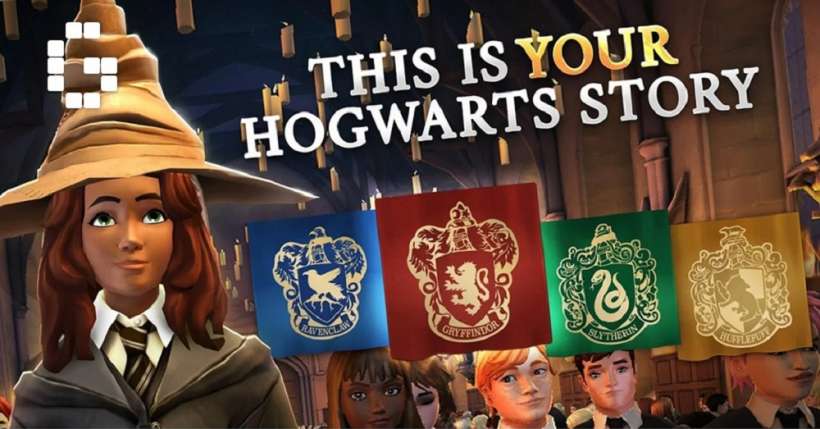 The first of two planned Harry Potter games for mobile has finally landed on the Apple App Store and Google Play. Jam City's Harry Potter: Hogwarts Mystery is an RPG where players can participate in their own adventure set in the wizarding world. While many Harry Potter fans seem to enjoy the backstory of Hogwarts Mystery it's the microtransactions that are earning the game negative reviews.

Players star as a new student at Hogwarts before anyone named Harry, Hermione or Ron attended the wizarding school. The game does include familiar characters voiced by the actors who portrayed them in the Harry Potter film franchise. Potter fans will recognize characters such as Dumbledore voiced by Michael Gambon and Professor McGonagall voiced by Dame Maggie Smith. Other returning actors include Warwick Davis (Professor Flitwick), Sally Mortemore (Madam Irma Pince), Gemma Jones (Madam Pomfrey) and Zoe Wanamaker (Madam Hooch). The game also features new students, such as Rowan, your best friend. Rowan will either be portrayed as a girl or a boy depending on your characters gender.

Most critics seem to agree that the game does a great job of creating a new Harry Potter story. Both your character and Rowan have fleshed out backstories that help shape your upcoming adventure. You are on a mission to find your missing brother who was previously expelled from Hogwarts. Your brother's reputation as a troublemaker leads to teachers being suspicious of your intentions. You also become the target of the school bully, who believes you are a better wizard than them.

The game also includes robust character creation and decent graphics, but this is where praise for the game ends. Hogwarts Mystery has been compared to Kim Kardashian: Hollywood, which depending on your taste can be a good or bad thing. The gameplay is very basic, you can answer a few questions to determine your house and some outcomes, but you mostly just tap on objects to complete tasks. These tasks can take anywhere from an hour to nearly half a day to complete. Tapping objects also depletes your energy, which also takes forever to regenerate, unless you want to spend real world money to purchase gems. It only takes around 15 to 20 minutes to hit the first paywall, and timers also break up the story making it take longer to complete the game.

Harry Potter fans may be more forgiving to the microstrasactions and lack of interesting gameplay, but it's a shame that this is their only mobile option available. Hopefully Niantic's AR Harry Potter title will offer something a lot less insulting.