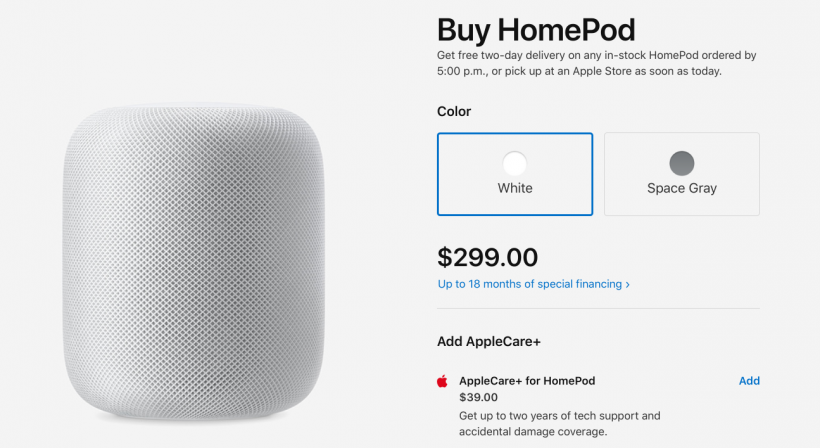 Apple typically saves price reductions for product refreshes, but this is not the first time the company has lowered the price of less popular hardware mid-cycle. The Cupertino company dropped the third-generation Apple TV from $99 to $69 before unveiling its successor six-months later. It is unknown if Apple is planning to announce a second-generation HomePod, but it is unlikely we will see a refresh any time soon. The original HomePod was announced in 2017, but Apple did not begin selling the speaker until 2018.

The HomePod is highly priced compared to the Amazon Dot, Amazon Echo and Google Home. The Dot retails as low as $39.99 and the Google Home is only $129. That's a big difference from the HomePod's original price of $349.

The new price of $299 brings the HomePod a little closer to the Echo and Google Home, but it still may be a bit high for some. Apple does not dominate the speaker market like its does with the smartphone market, and a $170 difference could still turn off non-Apple fans. Early reviews for the HomePod were not glowing, although Apple has addressed a lot of criticism with later software updates.

$279 through bestbuy.com is currently the lowest price that the HomePod can be found. It is available in both black and white and comes with 3 months of free Apple Music for new subscribers.