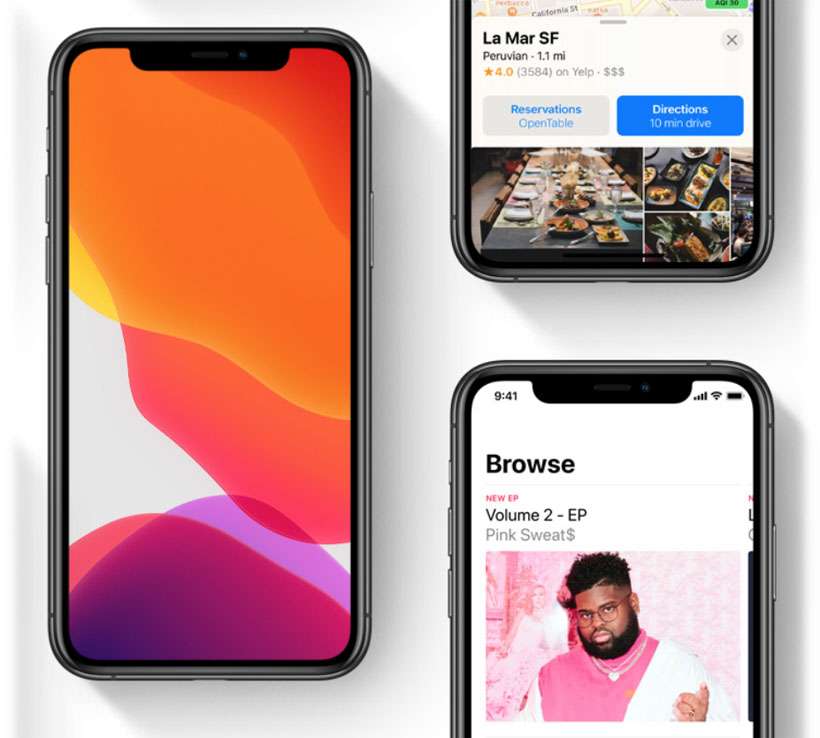 Apple has launched iOS 13.4 for all compatible devices. The updated software can be installed OTA or by using a computer. There are several new features coming to iPhones, with iPads gaining mouse and trackpad support in the latest version of iPadOS. Of course, whether updating an iPhone, iPad, or iPod touch, the software can be downloaded and installed for free. Many of the improvements are behind the scenes, but here are some of the features users will notice after updating to iOS 13.4.

Siri gains some useful powers, including the ability to navigate back to the home screen. Hey Siri will also work even when the iPhone is facing down on a table. To use this feature, enable face-down Hey Siri in Settings after updating to iOS 13.4.

Folders can be shared easily with iCloud Drive folder sharing. Using iOS or a Mac, access to folders can be granted for file sharing. Permissions for folders can be selected, giving users the ability to make changes, upload, or just view and download files.

Nine new Memoji stickers have arrived. The new designs include Party Face, Hands Pressed Together, and Smiling Face with Hearts, among others.

CarPlay now allows third-party navigation apps on the CarPlay Dashboard. In-call information has also been added to the dashboard in this update.

The toolbar in the stock Mail app has been updated, with always-visible controls to compose, reply, move, or delete messages from the conversation view. With S/MIME configured, responses to encrypted emails are now automatically encrypted.

Some devices can now be reset or get a full firmware recovery over Wi-Fi. This means no more connecting the iPhone to a computer to recover a frozen iPhone.

In addition to the features above, other improvements have been made to various apps and system items including the keyboard, Apple Arcade, and augmented reality. There are also many bug fixes implemented in iOS 13.4, resolving outstanding issues in the previous iPhone software.