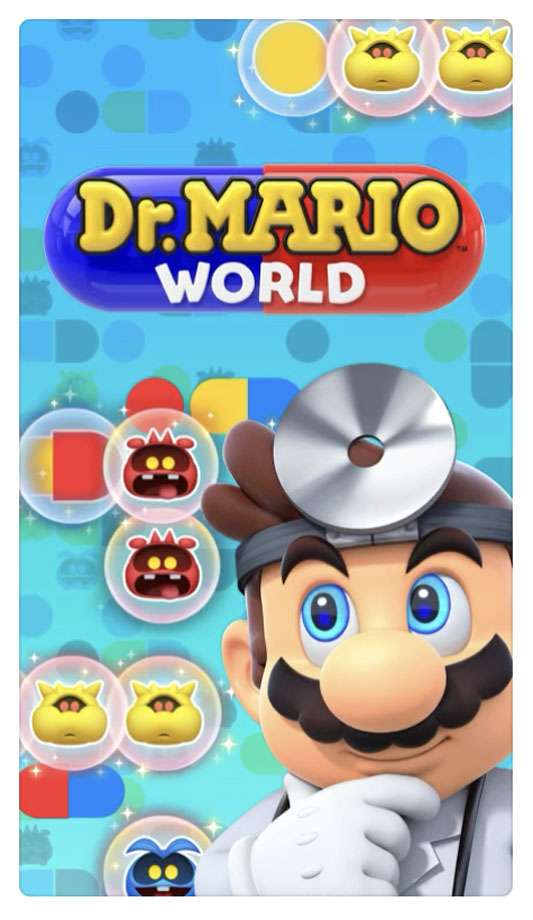 Nintendo has stopped selling in-app diamonds for its puzzle game Dr. Mario World. The company announced that the app is officially discontinued and gameplay will cease functioning on November 1, 2021. On that date, the game will show players a notification before it shuts off forever.

Dr. Mario World is free to play, and debuted with a variety of in-app purchases offered. Nintendo released the game just two years ago, but the title is now part of the company's pullback from mobile gaming plans. Instead of delivering up to three apps per year, Nintendo plans to focus on existing titles such as Animal Crossing: Pocket Camp and Super Mario Run.

Other iOS apps have been axed by Nintendo including Miitomo and Pokémon Rumble Rush. Dr. Mario World fans won't be left completely in the dark by Nintendo, as the company plans to launch a web page of Dr. Mario World memories. The site will use saved app data to show player histories. To opt out, delete your saved data in the app before it shuts off.

Dr. Mario World is based on the Dr. Mario puzzle game released in 1990 for the NES and Game Boy. Players use matching capsules to clear away attacking viruses on the board. Besides Dr. Mario, other Nintendo characters such as Dr. Bowser, Dr. Peach, and Dr. Toad have starring roles in the game.