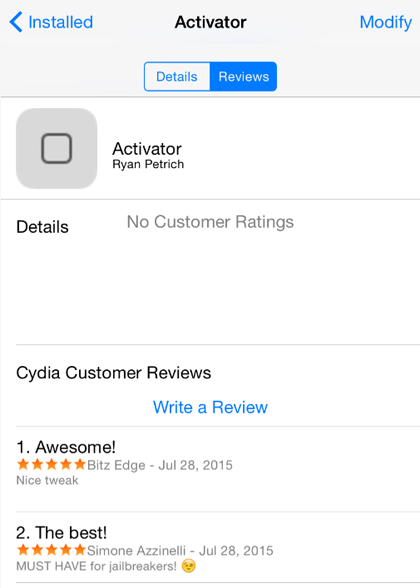 Getting the scoop on which Cydia tweaks and themes are worth installing can be tough. Cydia Ratings seeks to change this, by adding a user rating system inspired by the App Store to Cydia. The more people install and use Cydia Ratings the more reviews will be available to help Cydia users separate the wheat from the chaff. Not only can reviewers leave a 1-5 star review, but text comments are also supported. 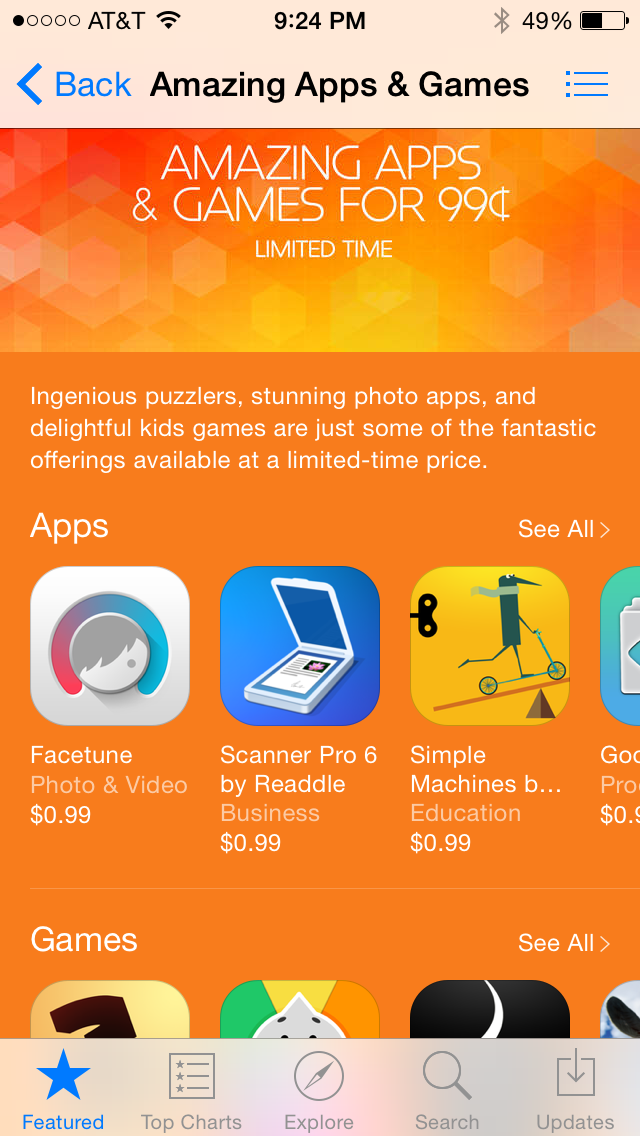 The App Store's latest promotion, "Amazing Apps & Games for 99¢," is currently running, but it will only be around for a limited amount of time. This is a good and affordable opportunity to discover apps for your iPhone or iPad that are normally priced well above a dollar. There are 24 titles available, twelve apps and twelve games:

Apple (NASDAQ: AAPL) today announced that its App Store broke sales records during the first week of 2015. Details of its banner 2014 were released as well.

New Year's day proved to be the App Store's biggest day in its history and, with around half a billion dollars generated by app and in-app purchases, the week that followed was a record breaker as well. 2014 saw a 50% increase in app sales, which resulted in $10 billion in revenue for developers. Apple SVP of Internet Software and Services, Eddy Cue, praised the developer community: "We're so proud of the creativity and innovation developers bring to the apps they create for iOS users and that the developer community has now earned over $25 billion.” $25 billion is the total revenue for developers since the App Store opened in 2008, which means the app market is growing at a tremendous rate, as last year's revenue alone represents 40% of the total.