The Apple Watch charger combines MagSafe technology with inductive charging. There are no exposed metal contacts, and the charging cable can be connected without precise alignment. 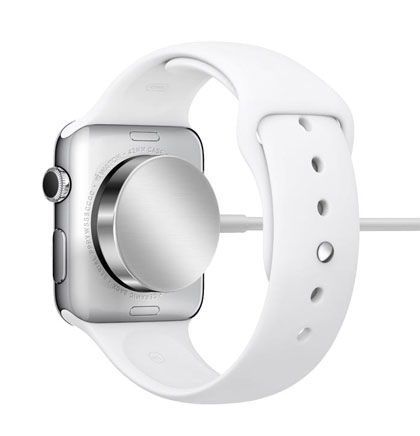 Simply bring the cylindrical charging connector close to the back of Apple Watch, and magnets will do the rest. The connector will snap into place, and Apple Watch will begin charging.

From the creators of AppAware, WatchAware is a site dedicated to all things Apple Watch. Their latest feature provides an interactive glimpse of many apps that will be available on Apple's soon to be released wearable. It gives you a good idea of how many popular apps, including Twitter and Facebook, will operate and appear on the Apple Watch display. 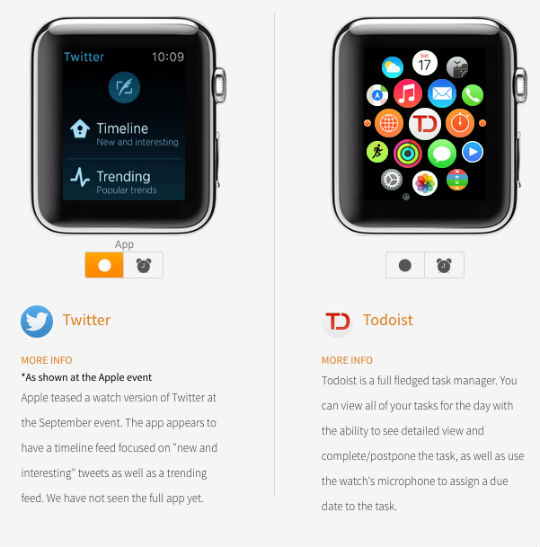 The previews include a brief description of each app and, varying by the app, one to three buttons: App, Glance and Notification. Clicking on App will show you an animated preview showing the app's various screens. Glance will show you one screenshot of the app and Notification, as you might have guessed, will

Apple on Thursday sent out invites to select members of the media for an unspecified event to be held on March 9, 2015. The press conference will be held in San Francisco at the Yerba Buena Center for the Arts. The invitation reads: "Spring forward". 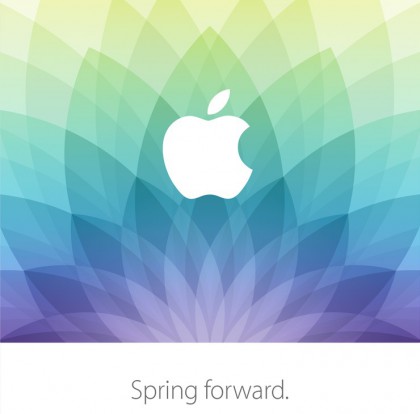 Apple is expected to announce more details about the Apple Watch, which it unveiled during its September iPhone keynote. There are still a lot of unanswered questions about Apple's wearable device, such as pricing and battery life. Some have speculated that the 18-karat gold Apple Watch Edition could cost upwards of $5,000.

Apple fans hoping to nab the 18-karat gold Apple Watch Edition for under $5,000 may want to start looking at the other collections. Twitter user Greg Koenig [via Forbes] estimated that the high-end Apple Watch Edition contains around 29.16g of gold in its casing. That's around $1,200 worth of gold at current prices. Once you factor in additional manufacturing and Apple’s markup, Koneig says that the watch will retail for no less than $5,000. Ian Morris of Forbes thinks Apple will want to go a little higher at $8,000. 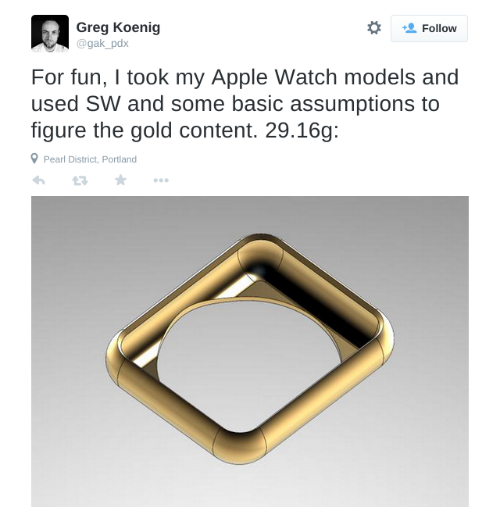 The Wall Street Journal said on Monday that the "Apple Watch Edition is expected to be among the most expensive product the company has ever sold, likely surpassing the $4,000 Mac Pro computer". In the same report, the WSJ claimed Apple had ordered five to six million units of the Apple Watch from its suppliers, with the high-end model making up the least amount of the order. Apple is expected to increase production of the Apple Watch Edition to one million units per month after the initial launch in April.

The Wall Street Journal had a lot to say about the Apple Watch this week beginning with a report about Apple's plans to make a "state-of-the-art health-monitoring device" that would track everything from blood pressure to stress levels. Unnamed sources said that Apple had to scrap a lot of the planned health features for the watch after some of them failed to work reliably. Instead of being able to release the watch as an all-in-one medical device Apple had to go back t the drawing board and find a new identity for its first wearable device. So far Apple has touted the watch as a fitness tracker, a new way to communicate and even as a fashion statement. 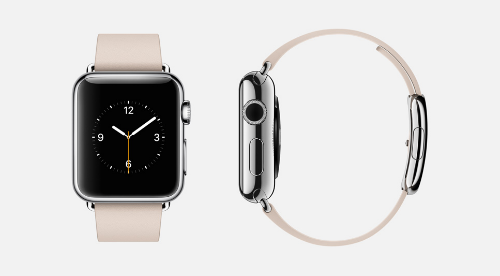 The WSJ also filed a report on Tuesday claiming that Apple has asked its suppliers to make a "combined five to six million units of its three Apple Watch models during the first quarter" before the official launch in April. The $349 entry-level Sports model will make up half of the watches assembled, while the basic Apple Watch model will account for one-third of the watches shipped, according to sources familiar with the matter. The initial run of the high-end 18-karat gold Apple Watch Edition will be small before increasing in the second quarter.