Zagg's Cyber Monday sale is now live. The iPhone and iPad accessory maker is offering up to 50% off its popular screen protectors and iPad keyboards. The sale begins today and ends on Tuesday night. This is a great chance to buy a keyboard for your new iPad Air, or a screen protector for your iPhone 5s.

Not everyone enjoys teddy bears and flowers for Valentine's Day... So what do you get that special geeky someone in your life? Here are five great gifts for Apple fans. 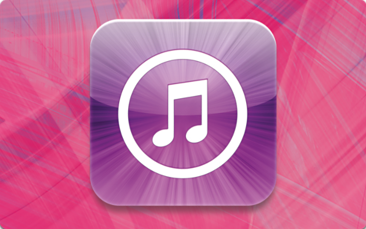 You can't hand someone an app or digital book, but you can hand someone a gift card. An iTunes gift card allows the owner to purchase their favorite music, games, apps or books from the iTunes Store, App Store, iBookstore, and Mac App Store. You can buy $15, $25 or $50 cards directly from the Apple Store, or larger amounts from other retailers like Walmart.

You can now stop fighting over charger real estate thanks to Griffin's new PowerDock 5. The new charging station helps you keep your countertops or desk clutter free by providing up to five charging ports for any iOS devices . Each charging bay is roomy enough to accommodate the bulkiest of iPad cases, but the PowerDock 5 only consumes as much room as a single iPad. The PowerDock will also help you keep all your devices and cables neatly organized and in one place. 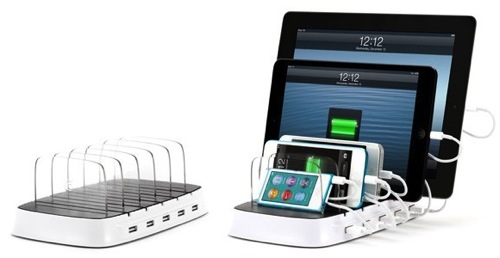 The PowerDock 5 is great for tablet crowded offices, or for moms who are tired of siblings stealing each other's chargers. The iOS charging station will available from Griffin Technology's official online store in the spring for $100.

Numerous leaks and anonymous tips have all but proven the iPhone 5 and all future Apple devices will feature a 9-pin dock connector. If true, all existing iOS cables, chargers and accessories won't work without some kind of adaptor. According to iLounge's Jeremy Horwitz, Apple plans to eliminate all third-party developers by becoming the "exclusive initial vendor" of their own branded "9-pin Connector". Apple will sell the "Dock Connector Adapters" individually for $10, or three for $29.

Horwitz claims Apple has stopped entertaining "third-party proposals for connector-equipped accessories, making some developers worried that Apple plans to muscle them out of the market for iOS related adaptors and cables.

"Some developers fear that Apple will corner the market for both the adapters and cables, much as it did with MagSafe connectors for MacBook laptops, using licensing agreements and threats of lawsuits to prevent less expensive third-party solutions from coming to market. One source notes that Apple will reap a windfall by limiting competition in this manner, generating revenues of $100 million for every 10 million Dock Connector Adapters it sells for $10. According to the source, Apple estimates that it will sell the first 10 million Adapters by the end of 2012."

The iPad Guide is celebrating the holidays by giving away one full modulR "Anywhere Pack" every day for the next 8 days. The Anywhere Pack includes modulR's iPad Hand Strap, Slim Wall Mount, the Shoulder Strap Pro and the car headrest strap. 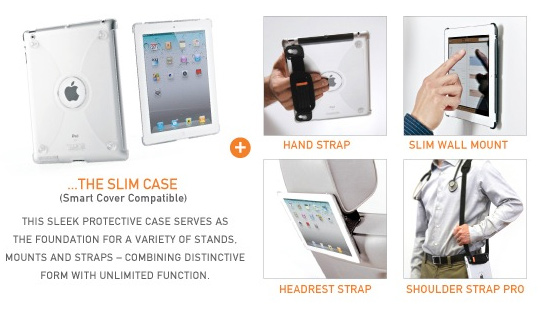 Visit TheiPadGuide.com and use your Facebook or Twitter account to enter to win a modulR Anywhere Pack. Since many will enter and only 8 will win, modulR is giving TheiPadGuide.com readers $20 off an Anywhere Pack. Just visit modulrcase.com and enter the coupon code ONEGIFT to receive the discount. ModulR is also offering free shipping and orders placed in the next 7 days will arrive before Christmas.