A bit of advice for anyone who was worried about the less-expensive iPhone 5c cannibalizing Apple's flagship smartphone sales: relax. Consumer Intelligence Research Partners surveyed consumers to find out which iPhones were purchased in September. As AllThingsD reports, the iPhone 5s is the overwhelming favorite. 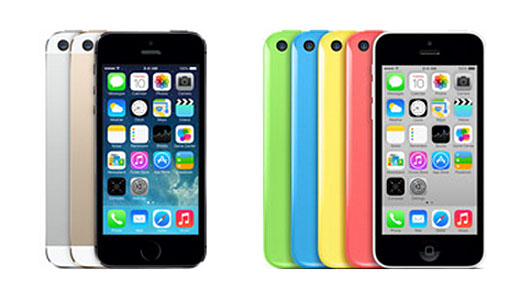 The iPhone 5s launch has been another example of demand outpacing supply. Walking into an Apple store and leaving with the latest iPhone is easier said than done. Checking Apple's website to see if the device is in stock at multiple stores can be tedious. According to the latest estimates from Apple, ordering online means shipping will take place sometime in October, which could mean up to 28 days from now. 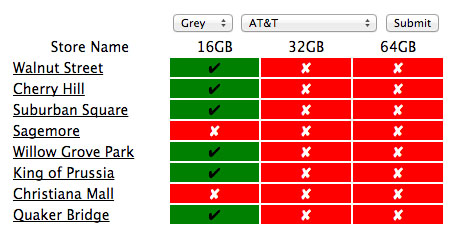 Now thanks to developer Mordy Tikotzky there's a handy tool named iPhone-Check that does all of the hard work for you. Simply enter a zip code along with the specific configuration you're looking for and voilà, the latest in-stock data from Apple's website is listed for the closest 20 Apple locations.

Looking for a deal on the soon-to-be obsolete iPhone 5? Best Buy is running a special over Labor Day weekend for those looking to trade in a working iPhone 4 or iPhone 4S. Besides taking your old iPhone, Best Buy will ask for your signature on a two-year service contract with AT&T, Sprint or Verizon. In exchange, the iPhone 5 can be had for half price.

Not only did Sprint sell 1.4 million iPhones during the last quarter, but 41 percent of iPhone sales went to new subscribers. This is welcome news for the carrier, which has released its second quarter results. Sprint also detailed a list of 41 markets that now have LTE service including Brooklyn, Jacksonville, Nashville, Oakland, Philadelphia, and Portland among others.

The latest additions bring the total list of Sprint LTE markets across the country to 151. Unfortunately due to the closing of Nextel, the company lost 2 million customers and posted a loss of $874 million. Although Sprint is behind network giants AT&T and Verizon, the carrier expects to cover 200 million people with 4G LTE by the end of 2013.

Four weeks. That's how long the latest Best Buy iPhone sale will go on once it starts on Sunday, May 26. So what is the store offering to new customers who sign a two-year contract? No less than $50 off every iPhone 4, iPhone 4S, or iPhone 5 purchased during the sale period.

The great news is the $50 off deal applies to your choice of three different wireless carriers, AT&T, Sprint or Verizon. According to AllThingsD, Best Buy is also offering discounts on several Android smartphones for one week from Sunday May 26 to Saturday June 1. Unlike these deals, the sale on all iPhone models will continue until June 22.